Humor is Where You Find It, by Robert Gore

Looking for a good laugh? Consider the United States.

Football is a tedious game that fills three-and-a-half hours of airtime with 30 minutes of action, commercials, commentary, instant replays, more instant replays, closeups of pretty cheerleaders, and halftime pageantry. The players are paid great gobs of money but run the risk of rendering themselves concussive basket cases. The super rich owners hold up municipalities for taxpayer-funded stadiums while keeping the TV, ticket, merchandising, and concessions revenues. They’ve also climbed into bed with the federal government, accepting taxpayer money for promoting patriotism. Among other things, this requires players, who until 2009 could stay in the locker room while the National Anthem was played, to be on the field, presumably standing at respectful attention.

Presumably—aye, there’s the rub. Last season, quarterback Colin Kaepernick expressed his disagreement with certain governmental policies and practices by kneeling during the Star Spangled Banner. Since then, other players have done the same, to the consternation of many fans, including President Trump. Ratings and attendance are tanking and the crony socialist owners are caught between the rock of their payrolls’ politics and the hard place of their fans’ disgust. To borrow from Oscar Wilde, one must have a heart of stone to ponder their plight without laughing. It couldn’t have happened to a nicer group of guys and gals.

Last year’s losing presidential candidate has written a book blaming virtually everyone for her loss…except the one person who was responsible. A cottage industry has sprung up to feed this self-exculpatory fantasy, affixing on Russia as the author of Hillary’s woes. Russia “hacked” DNC computers, except technically they couldn’t have been hacked, they were downloaded, an inside job. The materials Russia couldn’t have hacked were given by someone, presumably whoever downloaded them, to WikiLeaks, which disclosed them. Doing so, it committed the cardinal sin in contemporary American governance: disclosing the truth. In classic Clinton fashion, Hillary and team never contested the authenticity or veracity of the disclosures, instead concocting the Russian story.

Efforts to keep this fabrication going are a source of endless amusement. There have been evidence-free “assessments” from the intelligence agencies, a special counsel probing the tax returns of a Trump campaign manager who served all of two months, and now there are stories that “Russian-aligned” groups and RT bought a drop-in-the-bucket worth of ads on Facebook and Twitter during a campaign in which billions of dollars were spent on advertising, not counting the unpaid “donations” to Hillary from the mainstream media, pollsters, Google, and Facebook.

The purveyors of the Russian concoction are those desperately lonely schmucks who take the ugliest girls in the bar home at closing time because they’re the only ones left. The concoction is all they have. Let’s hope they have the decency to hate themselves in the morning.

America is like that high school all-everything—sports star, class president, valedictorian—who can’t accept that at the university, she’s just another student. For a brief shining moment after World War II it had an uncontested empire, but empires are notoriously hard to hang on to. Seventy years later the US has a string of “inconclusive” (never “losing”) wars, a lot of promises to its own citizens that aren’t going to be kept, and an empire that’s slipping away. Its chief adversaries—Russia, China, and Iran—are going about their business, consolidating economic and political power in the Eurasian center of the world.

They’ve been helped immeasurably by the comedy of errors that has been US policy in Syria. The same people who championed disastrous regime changes in Iraq and Libya set their sights on Bashar al-Assad, Syria’s duly elected leader. That this entailed crawling into bed with ISIS, an offshoot of al Qaeda, the outfit that reportedly attacked the twin towers and the Pentagon, seemed not to bother anyone. Neither did the fact that while we were supporting ISIS’s rebellion in Syria, we were also supporting the Iraqi government’s effort to quell ISIS’s rebellion in Iraq. Why is it that the butt of all the jokes often ends up picking up the tab? The US wasted tons of blood and treasury, accomplished none of its stated goals, and was humiliated when, at the request of Assad, Russia, Iran, and Hezbollah came in and routed ISIS. You can’t make this stuff up.

Even the US’s supposed friends can’t stifle their schadenfreude, having been under its domination for so long. Derisive joy is tempered by justified concern: in its arrogance and desperation to maintain its untenable position, those zany Americans might blow up the world. The president recently stood before the United Nations, an organization ostensibly devoted to peace, and said he’d destroy North Korea. Maybe it was all just posturing and hyperbole in good fun, but the North Koreans, and their next-door neighbors China and Russia, weren’t laughing.

The US has become an infantile nation. Not playing well with others, it demands the world conform to its dictates…or else. That or else is basically holding its breath until it turns blue, as it self-destructively plunges further into debt and wreaks havoc globally, instilling fear and hate, prompting vengeance. Fealty to a failing government and its symbols has become the sine qua non of a ritual, insecure patriotism. Real patriotism, loyalty to America’s founding ideals, demands opposing at every turn the government’s mindless, unprincipled, and voracious quest for power, treasure, and empire. If the flag and the National Anthem mean anything at all, they stand for the proposition that liberty must be defended and fought for, particularly against that which has always been its chief nemesis—government. Now, they only serve as sad markers of how much has been lost.

AMERICA AT ITS GREATEST 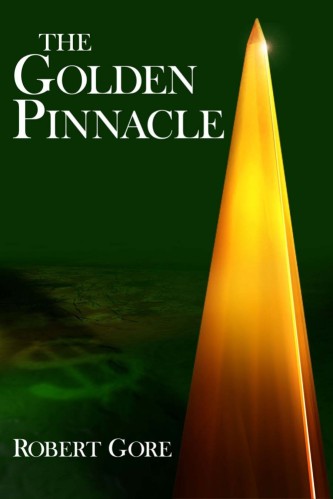 34 responses to “Humor is Where You Find It, by Robert Gore”