Are you ready for the inevitable?

Why did the stock market fall? The usual suspects are finding all sorts of “causes.” How about this one: when everyone is on the same side of the boat, driven by hope and greed or fear and loathing, the boat capsizes, no matter the economic “fundamentals” or political climate.

Since 2009 the world’s central bank’s have blown up their balance sheets and much of that newly created fiat debt found a home in equity and bond markets and cryptocurrencies. With few interruptions, most asset prices have rallied ever since.

Virtually every stock market sentiment and positioning indicator has, like the stock market itself, gone from new extreme to new extreme for months. Numerous commentators, including SLL, have been warning for months, even years. Pick a valuation measure and stocks, even after the last two weeks, are at peak valuations rivaled only by 1929, 2000, and 2007.

The only mystery was when they would give way. If they are now in fact giving way, then there’s no mystery about how bad it’s going to get. Very bad.

With the world more indebted than it’s ever been on both an absolute basis and relative to the world’s productive capacity, economies and markets are extremely sensitive to interest rates. The Treasury debt market has been the dark cloud on the horizon since short-term bill rates made their low in mid-2015. The Fed followed, as it almost always does, raising the federal funds rate target (from zero) for the first time in seven years December 2015.

That markets lead, not follow the Fed, is an inconvenient truth for the legions of commentators and analysts who routinely assert the Fed controls interest rates. It shoots a hole in a lot of theories and models. (For substantiation that the Fed follows the market, see The Socionomic Theory of Finance, Chapter 3, Robert Prechter.)

Given that the government will be borrowing close to $1 trillion this year, yields are still absurdly low. Markets have been conditioned by interest rate suppression, negative yields, governmental debt monetization, QEs, central bank puts, and central banker public pronouncements to think absurdly low yields are forever. A competing hypothesis is that it’s not nice to fool Mother Nature or markets, and after nine years of this nonsense, when they blow they’re really going to blow. SLL endorses the competing hypothesis.

Small coteries of central banking bureaucrats can’t regulate or control multi-trillion dollar, yen, yuan, and euro economies and financial markets. Super-volcanic financial eruptions will expose other truths as well. Watch as rising interest rates and crashing equity markets and economies reveal central, core truths: governments are bereft of real resources, are desperate to acquire same, and will be inconceivably—by today’s standards—rapacious in doing so. That’s quite a statement, because even today they’re pretty damn larcenous.

And order will break down. Government always and everywhere rule by force, fraud, and intimidation, but force, fraud, and intimidation need to be paid, preferably in something that can be exchanged for groceries or shoes for the kids. History suggests that the government and central bank will depreciate (speaking of fraud) their fiat debt instruments—Federal Reserve Notes, US Treasury debt, and central bank credit balances—to their marginal cost of production, or zero.

When governments are bankrupt, their praetorians forage—a nice word for theft and extortion. They’ll be competing with hordes of foraging civilians, many of whom will be armed. In such a scenario, one identifiable group has a fighting chance, and it will involve fighting and lots of it. That, of course, is the group who have either been preparing for such a scenario for years or have the skill set and mental fortitude necessary to adapt to it. Much scorned, this group may get the last laugh, but it will be a grim one.

They overwhelmingly supported Trump. It will be a disappointment, but not a surprise, that one man is unable to reverse a collapse long in the making. However, their support for Trump indicates ideological cohesion, which will be absent from the rest of the population.

Take away the undeserved from the undeserving and you get a tantrum. Steal the earned from those who earned it and you get righteous rage. One’s a firecracker, the other a volcano. The game has been to impress upon the useful a moral obligation to support the useless, but the volcano’s about to blow, burying that obscene morality in lava and ash. Given the staggering levels of accumulated debt and promises, the useful know their talents, skills, hard work, productivity and futures have been mortgaged for the useless. This is the salient and intractable social division. No reconciliation is possible between the useful and those who believe themselves entitled to their enslavement.

When the government implodes, those on the receiving end of its largess are going to be united by only two things: their outrage and their inability to do anything about it. They’ll have all the solidarity of cannibals trying to eat one another.

Against that backdrop will be the group who wants to provide for itself…and knows how to do so. Individualism, self-sufficiency, and a love of freedom and inviolable liberties are not dead in America, but those who support them have been driven underground. They’ll stay underground come the collapse—advertising abilities and provisions will be an invitation to brutalization, robbery and murder—but they’ll fend off the rampaging hordes, survive, and reemerge.

Do they have to reemerge, can’t they just emerge to set things right without all the collapse and carnage? Unfortunately not. For those pinning their hopes on political education and action, what are the chances of convincing the half of the country that’s riding the government gravy train to hop off to prevent insolvency and ruin? The question answers itself. They’ll have to be pushed off.

Trump’s election was a cry of protest, and he’s ruffled some feathers. However, eight years of around-the-clock, 24/7 presidential effort couldn’t undo decades of ruinous policies, many of which Trump has actually embraced: out of control spending, deficits, debt, and empire.  Trump will be battling falling equity markets, rising interest rates, and swamp vermin.

Things have to get much worse before they can get better, but just as nothing goes up forever, nothing goes down forever. Collapse’s silver lining may be that it offers a chance for freedom and inviolable liberties to finally emerge from underground.

In the meantime, Doug “Uncola” Lynn’s recent article on The Burning Platform, “BABY STEPS: You’ve Been Woke. Now Exit the Matrix.” is an excellent wake up call and has a lot of useful information and links to other sources about preparing for the inevitable. Nobody is going to be 100 percent prepared, but there’s no excuse for being 0 percent prepared.

Has It Been Years Since

You Read A Novel You Cherish? 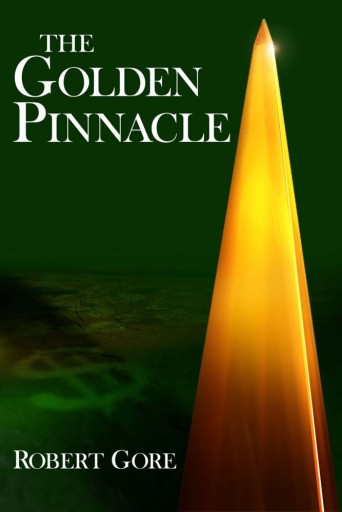