Predators and Saprophytes, by Robert Gore

They’re not your protectors if they’re eating you.

Bruno walks into a neighborhood shop and threatens the shopkeeper with unspecified “bad things” if the shopkeeper doesn’t fork over $200 a week. The shopkeeper pays. If Bruno runs a “legitimate” protection racket, bad things don’t happen.

You can skip a class, indeed an entire four-year program in political theory, if you realize that governments are everywhere and always protection rackets. Fork over money and personal freedom and the state will protect you from bad things, specified or otherwise. Sometimes the state aligns itself with a deity or deities, demanding not just money and obedience but worship, too.

What if the shopkeeper pays Bruno, but his shop is still beset with burglaries? What if he discovers that Bruno is the burglar? The shopkeeper faces the same quandary as billions of people who are subjugated by governments: they need protection from their protection rackets. The protector has dropped all pretense of protection and has become a predator.

When the Soviet Union conducted its first successful atomic bomb test on August 29, 1949, it undercut the protection-racket rationale for governments. No one realized it at the time, but how can you run a protection racket if you can’t protect those you’re purportedly protecting from annihilation? Perhaps that wasn’t the case in 1949―the US still had a lead in nuclear armaments―but by 1955, when the Soviets detonated their first hydrogen bomb, it was clear that all either the Soviet or American government could offer its people was assured destruction of the other side, and most likely their own, in the event of an attack.

Of course neither governments’ rhetoric changed from the historical protection-racket justification. They said that escalating budgets for defense and intelligence, foreign intervention, and skullduggery were necessary to protect their people from the other side.

That was a lie. There was and is no protection from the other side’s weapons, other than the admittedly incomplete protection offered by good faith negotiation and military forbearance. Trillions have been spent for armaments, intervention, and skullduggery far beyond what is required for an assured destructive capability. Propaganda stokes fear that the spending perhaps assuages. However, that fear has a rational basis, it can never be vanquished. Instead, it provides the political impetus and cover for governments to do what they do best: predation.

If such predation wasn’t immediately obvious to the general populace, it was to the predators. Commentators have noted that government attracts sociopaths and psychopaths. Is that just hyperbole? Government in the age of predatory theft is a gun trained on the subjugated. Why wouldn’t it attract predatory people? A desire to be on the business end of the gun qualifies that person for a diagnosis as a sociopath, at the least.

When predators run out of prey and all that’s left are the carcasses, they move on and the saprophytes―organisms that live on dead or decaying matter―move in. We’re much closer to that stage than even astute critics recognize. It’s been obscured by the predatory mechanisms of debt and central banking, designed to enrich elite predators while maintaining a mirage of prosperity. The global economy is in extremis, kept alive by a drip feed of ever-expanding debt whose source feed is government’s unbacked fiat debt and central bank monetization. Now, not even those shell games can keep the patient alive.

Globalism is the last desperate gasp for the predators. It will destroy any remaining economic vitality and leave the killing field open to the saprophytes. The writing is on the wall for governments’ predatory rackets: nonstop wars, bloated military and intelligence complexes, crony socialism, central banking, medical care, education, regulatory extortion, vote-buying via redistributive theft, unfunded pension and medical promises, and the rest of the criminal activity that has rendered the world insolvent. The many groups clamoring for still more predatory government, globalist or otherwise, aren’t illiterates who can’t read what’s on the wall. They know they’ve run out of prey. Now they’re staking their saprophytic claims to the carcasses.

What about the prey? They’re finally waking up to the fact that Bruno is not running a legitimate protection racket. It’s a shame they’re already in the abattoir chute, but better late than never. In most cases enlightenment shouldn’t be attributed to an increased awareness of the true nature of governments. Instead, it’s their realization that notwithstanding the fake money and debt mirage, they are growing poorer, opportunities are shrinking, and eventually they’ll be destitute and then dead. Which leads to more radicalization than all the blog laments, alternative media critiques, and learned papers and tomes on income inequality and economic stagnation combined.

People are voting, in the case of Brexit and Trump’s election, and taking to the streets, in the case of the Yellow Vests, because they don’t have the lifestyles they once did and little hope for the future. The prey are tired of being eaten. What’s especially galling: those doing the feasting have made no effort to hide their gluttony.

Poverty―impending or actual―is the theme unifying the seemingly disparate Yellow Vest constituencies. The demands are sometimes incoherent and contradictory, a hallmark of any mass insurrection. What scares the hell out of not just the French establishment, but establishments around the world, is that Yellow Vest rage is directed at government, not just France’s, but the European Union as well.

When you’re broke, you’ve got nothing to lose. If poverty or its prospect, and perceived injustice, prime insurrections, then we ain’t seen nothing yet. The global house-of-cards economy is collapsing in on itself. One of the few bull market left will be yellow vest sales. Another will be firearms.

Which is why the predatory class is obsessed with firearms control and prohibition. Torches and pitchforks are one thing, pistols, rifles, and more powerful armaments available on the black market, another. Predators prey on the weak and defenseless; they’re cowards. Fear that they could find themselves on the wrong end of the barrel motivates their ceaseless efforts against private possession of firearms―but not governments’.

Demonized are those who believe that these weapons provide the only effective, albeit incomplete, protection of their rights against the predators who would deny them. It’s the sheep digging and camouflaging a stake-lined pit for the wolves. The wolves will still get some sheep, but it makes the job that much more dangerous. Alarmingly, it means that the sheep have identified their predators and abandoned their passivity. Governments, the most well-armed and dangerous institutions on the planet, moving against firearms are the wolves taking the sheep’s shovels and stakes.

It’s your life. Fight the predators with everything you’ve got or they’ll render you saprophyte chow. It’s that simple. 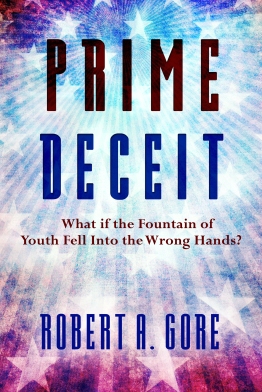 35 responses to “Predators and Saprophytes, by Robert Gore”