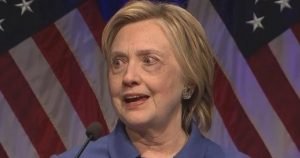 But the most productive channel into the FBI was Department of Justice official Bruce Ohr. Ohr’s wife Nellie worked for Fusion GPS, the front company for Steele, having previously done contract work for the CIA. Nellie passed the dossier to her husband, along with her own paid oppo research, so that he could use his credibility at DOJ to hand-carry the work into the FBI. Bruce Ohr, despite acknowledging it broke all rules of protocol and evidence handling, did just that on July 30, 2016. He stressed to then-FBI Deputy Director Andrew McCabe the material was uncorroborated and had been compiled by Christopher Steele, who wanted it used to stop Trump.

The dossier landed in welcoming hands. The FBI immediately opened an unprecedented investigation called Crossfire Hurricane into the Trump campaign. It sent agents to London to meet Australian ambassador Alexander Downer, who claimed to have evidence George Papadopoulos, one of Trump’s junior-level advisers, was talking to Russians about Hillary’s emails. The FBI’s timing of the new investigation into Trump – only days after they closed their investigation into Clinton’s email server – can be considered a coincidence by those of good heart.

Peter Strzok, the senior FBI agent managing the Crossfire Hurricane investigation, and Lisa Page, a lawyer on his team (the two were also lovers), purposefully kept investigation details from political appointees at DOJ to the extent that only five people actually knew the full measure of what was going on, ostensibly to prevent leaks.

In fact, the point seems to have been to avoid oversight, given how weak the evidence was supporting something as grave as the Republican nominee committing treason. If you are looking behind the headlines for why Trump fired Andrew McCabe, besides his personal sympathies for Hillary, look there. Strzok and Page appear to have had an agenda of their own. In a text they wrote “Page: ‘[Trump’s] not ever going to become president, right? Strzok: ‘No. No he’s not. We’ll stop it.’”

With a wave of a hand the dossier the FBI was warned was partisan bunk was transformed into evidence. Steele himself morphed from paid opposition researcher to paid clandestine source for the FBI, with the fact that he had recently retired from a foreign intelligence service, British or not, ignored. It was all just an excuse anyway to unleash the vast intelligence machine against Trump, the imagined Manchurian Candidate.

Papadopoulos, the man in London, as a linchpin was also preposterous. He was a kid on the edges of the campaign, who “bumped into” a shady Russian professor who just happened to dangle the most explosive thing ever, Hillary’s emails. Papadopoulos then met the Aussie ambassador to Britain, Alex Downer. Papadopoulos gets drunk, tells the tale, which then falls whole into the FBI’s lap. Ambassador Downer, by the way, had previously arranged a $25 million donation to the Clinton Foundation. Papadopoulos was introduced to Downer by an Australian intelligence agent who knew him through her boyfriend, stationed at the Israeli embassy as a “political officer.”

Carter Page’s case was more of the same. Page, as a key actor in the Steele dossier, wold serve as anearly excuse to get FISA surveillance eyes and ears on the Trump campaign. The FBI had a paid CIA asset, University of Cambridge professor and American citizen Stefan A. Halper, contact Page and dangle questions about access to Clinton emails.

Halper had earlier been trying separately to entrap Papadopoulos (the professor offered the inexperienced campaign aide $3,000 and an all-expenses-paid trip to London to write a white paper about energy), and also met with Trump campaign co-chair Sam Clovis in late August, offering his services as an adviser. Clovis declined. Ultimately both Papadopoulos and Page also rebuffed Halper, though both would later encounter a young woman in London claiming to be Halper’s assistant who tried to reinterest the boys.

Though to obtain multiple FISA warrants the FBI characterized him as an “agent of a foreign power,” Carter Page was never charged with anything. Halper dropped off the media’s radar, but is almost certainly a U.S. intelligence asset. He had earlier worked with British intelligence to pay for Michael Flynn to visit the UK. Halper’s main U.S.-based funding source is an internal Pentagon think tank. The Washington Post reported Halper had in the past worked for CIA directly. Halper was implicated in a 1980s spying scandal in which CIA officials gave inside information on the Carter administration to the GOP. Halper also married into a senior CIA official’s family.

It is clear the FBI was desperately trying to infiltrate Halper into the Trump campaign as part of a full-blown intel op, recruiting against Trump’s vulnerable junior staff. Even though the recruitment failed, the bits and pieces learned in the process were good enough for government work. At issue was that Steele’s dossier formed a key argument in favor of a FISA warrant to spy on Trump personnel. The dossier was corroborated in part in the warrant application by citing news reports that later turned out to be themselves based on the Steele dossier. In intelligence work, this is known as cross-contamination, a risky amateur error the FBI seems to have taken a chance on hoping the FISA judge would not know enough to question it. The gamble worked.

The FBI needed something as backup, so their investigation into Trump, now focused on the FISA surveillance, could be said not to have rested entirely on the dubious Steele dossier. Surveillance, intended and incidental, would eventually include Jeff Sessions, Steve Bannon, Carter Page, Paul Manafort, Richard Gates, Michael Cohen, and likely Trump himself.

Had Hillary won the story would have ended there, in fact, likely would never have come to light. But with Trump’s victory, the dossier had one more job to do: prep the public for all to come.

There has been no discussion as to why, in possession of information the FBI seemed to believe showed the Russians were running a global full-court press to themselves recruit inside Trump’s inner circle, Trump was never offered a defensive briefing. Such a warning – hey, you are in danger – is common inside government. But in Trump’s case it never happened. Instead, in echo of the dark Hoover years, the FBI used its information to try and take down Trump, not protect him.

Though the dossier had already been widely shared inside the media, the State Department, and the intelligence community, it was only on January 6, 2017 Comey briefed it to president-elect Trump. No one really knows what was said in that meeting, but we do know after holding the dossier since summer 2016, only four days after the Trump-Comey meeting Buzzfeed published the document and the world learned about the pee tape. Many believe someone in the intel community gave “permission” to the media, signaling Brennan, Clapper, Hayden, et al, would begin making publicstatements the dossier “could be true.”

John Brennan was a regular on television and other media claiming over two years there was evidence of contacts between the Russian government and the Trump campaign, pimping off his time as CIA director to suggest he had inside information. He went as far as testifying before Congress in May 2017 that there was evidence of contacts between Russian officials and Trump campaign figures, though now says he might have been given “bad information.”

After that, no item that could link the words Trump and Russia was too small to add to the pile of pseudo-evidence.

It would be easy to dismiss all this as a wacky conspiracy theory if it wasn’t in fact the counter-explanation to the even wackier, disproved theory Donald Trump was a Russian asset. It is possible to see Russiagate as a political assassination attempt, using law enforcement as the weapon. Someone might do well to double-check if Christopher Steele was in Dealey Plaza during the Kennedy assassination.

One response to “Russiagate: “Why did this ever start in the first place?” by Peter Van Buren”