The Diapered Don, by Eric Peters

President Trump putting on a face diaper sends a terrible message. From Eric Peters at ericpetersautos.com: 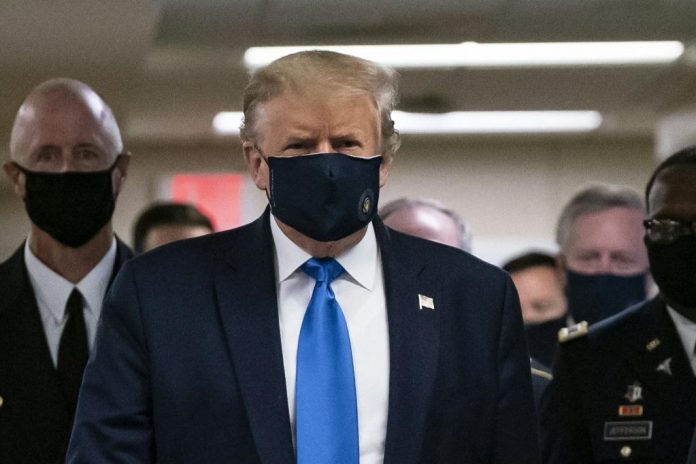 Seeing a Diapered Donald was kind of like seeing your mom naked. It’s not something you wanted to see.

And now the country has seen it. The media is making sure of that. Wherever you click, you see the Diaperer-in-Chief. It is an even more disturbing image than naked mom because only you saw her.

And because it means nothing.

Seeing the Diapered Donald may mean everything. It will surely be used toward that end, which is the Diapering of everyone – in order to so derange everyone as to make them acquiescent to vaccinations – which will be seen as the Great Relief from this hideous burden. We’ll be able to take off the Diapers, at last!

In exchange for letting them put something else into our bodies.

Diaper Dissent must not be permitted for precisely this reason. If even a fourth of the population doesn’t Diaper, it undermines the general Diapering. Those who do Diaper will see that others aren’t and – worse – that Diapering isn’t all that’s standing between them and a ventilator. They will see the Undiapered not getting sick – and even worse, not getting dead.

It will be like the kid in the swimming pool who realizes his feet can touch the bottom – and he’s not going to drown after all.

But how to refuse Diapering when the president does it? When his whole entourage – including the Obergruppenfuhrer Arzt Jerome Adams (who previously said Diapering  – quote – “does not work for the general public”) is Diapered alongside?

This entry was posted in Government, Medicine, Politics and tagged Facemasks, President Trump. Bookmark the permalink.

One response to “The Diapered Don, by Eric Peters”