The Only Thing Systematic Is The Destruction of America, by Jim Quinn

The Covid-19 response has enriched the usual suspects: the top .01 percent. From Jim Quinn at theburningplatform.com:

“It is difficult to get a man to understand something, when his salary depends upon his not understanding it!” – Upton Sinclair 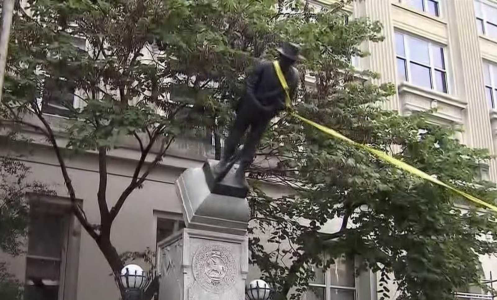 Upton Sinclair was describing willful ignorance based upon who butters your bread. The rampant corruption of our society, as power has been consolidated into fewer and fewer hands, has resulted in our political, financial, cultural and economic systems being captured by a billionaire class who use their wealth to dictate the path we are forced to follow – or lose everything.

The sociopath class include the Silicon Valley social media titans, the billionaires running the six mainstream media companies, the rogue billionaires like Soros and Bloomberg who fund chaos and foment insurrection, the Deep State surveillance agency operatives like Clapper, Brennan, Comey and Mueller doing the bidding of the oligarchy, Wall Street criminals like Dimon, Paulson, and Blankfein doing god’s work, and last but certainly not least – Powell, Yellen, Bernanke and slimy Kashkari priming the pump for the never ending systematic pillaging of the nation’s wealth.

When you witness what passes for legislators at the Federal, State and Local levels, you must weep for our future. These pathetic excuses for leaders display none of the qualities a citizenry would want in those they have elected to manage our governmental affairs. They are bought off hacks, lacking any intellectual honesty, and selling their votes to the highest bidder. They lie, misinform, steal, and do the bidding of the monied interests who selected them because they are pliable dupes without an ounce of courage or forethought about the long-term best interests of the people they are supposed to be representing.