Lockdowns Haven’t Brought down Covid Mortality. But They Have Killed Millions of Jobs. By Mitch Nemeth

As predicted from the beginning of this fiasco by SLL and other commentators, the cure has been far worse than the disease. Especially the lockdown part of the cure. From Mitch Nemeth at mises.org: 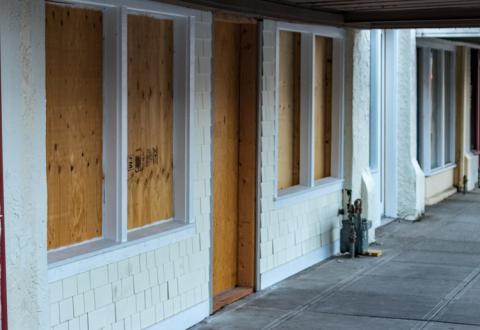 During the early onset of covid-19 in the spring, government officials across the political spectrum widely agreed that government intervention and forced closure of many businesses was necessary to protect public health. This approach has clearly failed in the United States as it led to widespread economic devastation, including millions of jobs lost, bankruptcies, and extremely severe losses in profitability. Nor have states with strict lockdowns succeeded in bringing about fewer covid deaths per million than states that were less strict.

Consequently, a few months into the pandemic, some governors weighed the competing economic costs with covid-19 containment and slowly reopened their economies. Of course, these governors did not mandate businesses reopen; however, they provided businesses the option to reopen.

Hysteria ensued as many viewed easing restrictions as akin to mass murder. The Atlantic famously dubbed Georgia governor Brian Kemp’s easing of restrictions as “human sacrifice” and referred to Georgians as being in a “case study in pandemic exceptionalism.” Instead, we should view the lockdowns as a case study in the failure of heavy-handed approaches in containing a highly infectious virus.

Now that we are nine months into this pandemic, there is a clearer picture of how state government approaches varied widely. It is clear that “reopened” economies are faring much better overall than less “reopened” economies. “Fueled by broader, faster economic reopenings following the initial coronavirus rash, conservative-leaning red states are by and large far outpacing liberal-leaning blue states in terms of putting people back to work,” writes Carrie Sheffield. This follows logically especially when considering that human beings learn to adapt very quickly. Now, we have learned much more about treating this virus and about who is most at risk from infection.