Tesla, Quadruple-WTF Chart of the Year: It Should Just Sell Shares on Autopilot at Huge Prices and Exit Sordid Business of Making Cars, by Wolf Richter

Tesla’s ticker symbol should be TULIP. From Wolf Richter at wolfstreet.com:

Tesla is going to replace Apartment Investment and Management in the S&P 500 Index, S&P Dow Jones Indices announced Friday evening, fleshing out its initial announcement of November 16 that Tesla would be added to the index. The switch will become effective before the start of trading on Monday, December 21. Over $100 billion are estimated to flow in different directions as index funds have to unload Aimco and add Tesla. But they’ll position themselves ahead of time so they don’t have to all go out next Friday and buy or dump those shares in one day. In terms of Tesla shares, the index funds had a month to prepare. 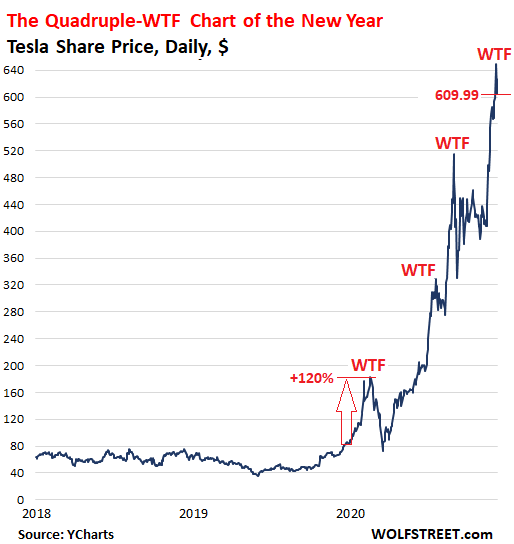