It’s almost as if lurking under all those terribly polite and nice Canadians are terrible totalitarians yearning to get out. From Doug Casey at internationalman.com: 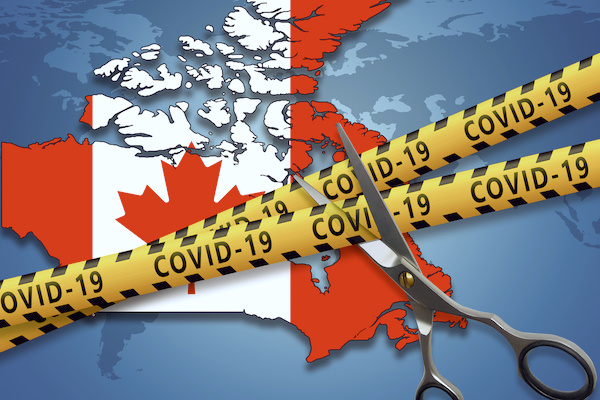 International Man: Canada has instituted some of the strictest and most aggressive Covid measures in the world.

We’ve seen stay-at-home orders, SWAT raids on non-compliant businesses, forced detention in government facilities for those suspected of having the virus, and many other totalitarian measures.

Doug Casey: Frankly, I didn’t expect things would get quite this out of control.

Nobody could be sure what to make of Covid early in 2020, but it certainly got a lot more publicity than any previous flu. The original refrain was, “We just want to flatten the curve so that everybody doesn’t get it all at once.” That kind of made sense—for two weeks. But the hysteria has risen to a level where carts should go through the streets with the drivers calling, “Bring out your dead! Bring out your dead!”

I’m not a conspiracy guy. I think it’s hard enough getting a few friends to agree on what movie to see and where to go to dinner. How much harder to get thousands of miscreants to collaborate on practically destroying the world economy? But the “pandemic” seemed orchestrated from the very beginning, with practically every country in the world locking down. Even though it was established early on—but rarely reported—that the sickness only attacked the old, the sick, and the obese.

It was very suspicious. The Hong Kong flu, the Asian flu, the swine flu, the bird flu, and various other viral infections came and went the way viruses do. They spread, took casualties, and disappeared. Inconvenient and unpleasant, but a part of life. Why and how did this illness in particular turn into such a hysteria, even though it only affected a small and easily isolated portion of the population? Even though it’s not even remotely comparable to the Spanish Flu of 1918–19.