The Morlocks Milk Covid® for All Its Worth So That They Might Inherit the Earth, by Doug “Uncola” Lynn

Doug “Uncola” Lynn merges fiction and reality and does a masterful job of illustrating what’s going on. From Lynn at theburningplatform.com: 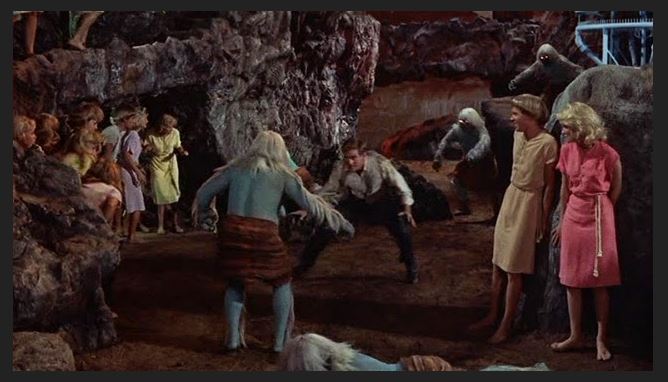 Where there is no vision, the people perish

My people are destroyed for lack of knowledge

Just days ago I attended the funeral of an elderly person who was related to my wife. The week before the service, my bride had received a text informing us of the death. The message was a forwarded screenshot from someone who had angrily affirmed the deceased had received their second Covid vaccine injection just two weeks prior. The funeral was held in a country church located smack in the middle of rural nowhere; and, in a field next to the church’s adjacent cemetery, horses were grazing just yards away from the open grave.

After a traditional service featuring the old familiar hymns, and following the committal ceremony at the gravesite, a meal was served in the church basement.  As far as I knew that day, neither Covid nor the vaccines were mentioned in relation to the deceased. Instead, the service was a celebration of a Christian life; and with the joys and sorrows shared in poignant ways.

While walking through the cemetery after the internment, I saw a gravestone with the date of 1878, but the weathered stone was so worn I could not make out the departed’s name. I imagine the church must have been built around that date as well; and, like so many of the similar steepled structures in that area, they were constructed by immigrants who stamped the foundation stones and church bells with scripture verses written in their native language – mostly German, Swedish, Danish, and Dutch.