All Roads Lead To The Battle For Kabul, by Pepe Escobar

Afghanistan is going to be a mess, but the Taliban will probably end up running the country under cover of some sort of fig-leaf coalition. In other words, pretty much the situation before the US invaded 20 years ago. From Pepe Escobar at The Asia Times via zerohedge.com 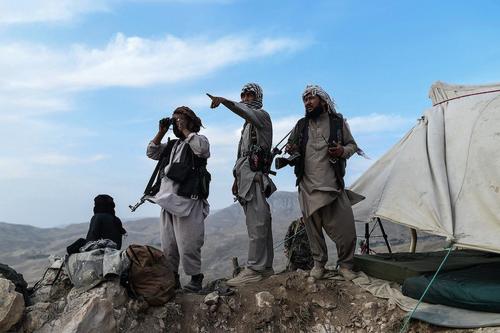 The ever-elusive Afghan “peace” process negotiations re-start this Wednesday in Doha via the extended troika – the US, Russia, China and Pakistan. The contrast with the accumulated facts on the ground could not be starker.

In a coordinated blitzkrieg, the Taliban have subdued no less than six Afghan provincial capitals in only four days. The central administration in Kabul will have a hard time defending its stability in Doha.

It gets worse. Ominously, Afghan President Ashraf Ghani has all but buried the Doha process. He’s already betting on civil war – from the weaponization of civilians in the main cities to widespread bribing of regional warlords, with the intent of building a “coalition of the willing” to fight the Taliban.

The capture of Zaranj, the capital of Nimruz province, was a major Taliban coup. Zaranj is the gateway for India’s access to Afghanistan and further on to Central Asia via the International North-South Transportation Corridor (INSTC).

India paid for the construction of the highway linking the port of Chabahar in Iran – the key hub of India’s faltering version of the New Silk Roads – to Zaranj.

The Taliban are meticulously implementing a strategic master plan. There’s no smoking gun, yet – but highly informed outside help – Pakistani ISI intel? – is plausible.

First, they conquer the countryside – a virtually done deal in at least 85% of the territory. Then they control the key border checkpoints, as with Tajikistan, Turkmenistan, Iran and Spin Boldak with Balochistan in Pakistan. Finally, it’s all about encircling and methodically taking provincial capitals – that’s where we are now.

The final act will be the Battle for Kabul. This may plausibly happen as early as September, in a warped “celebration” of the 20 years of 9/11 and the American bombing of 1996-2001 Talibanistan.