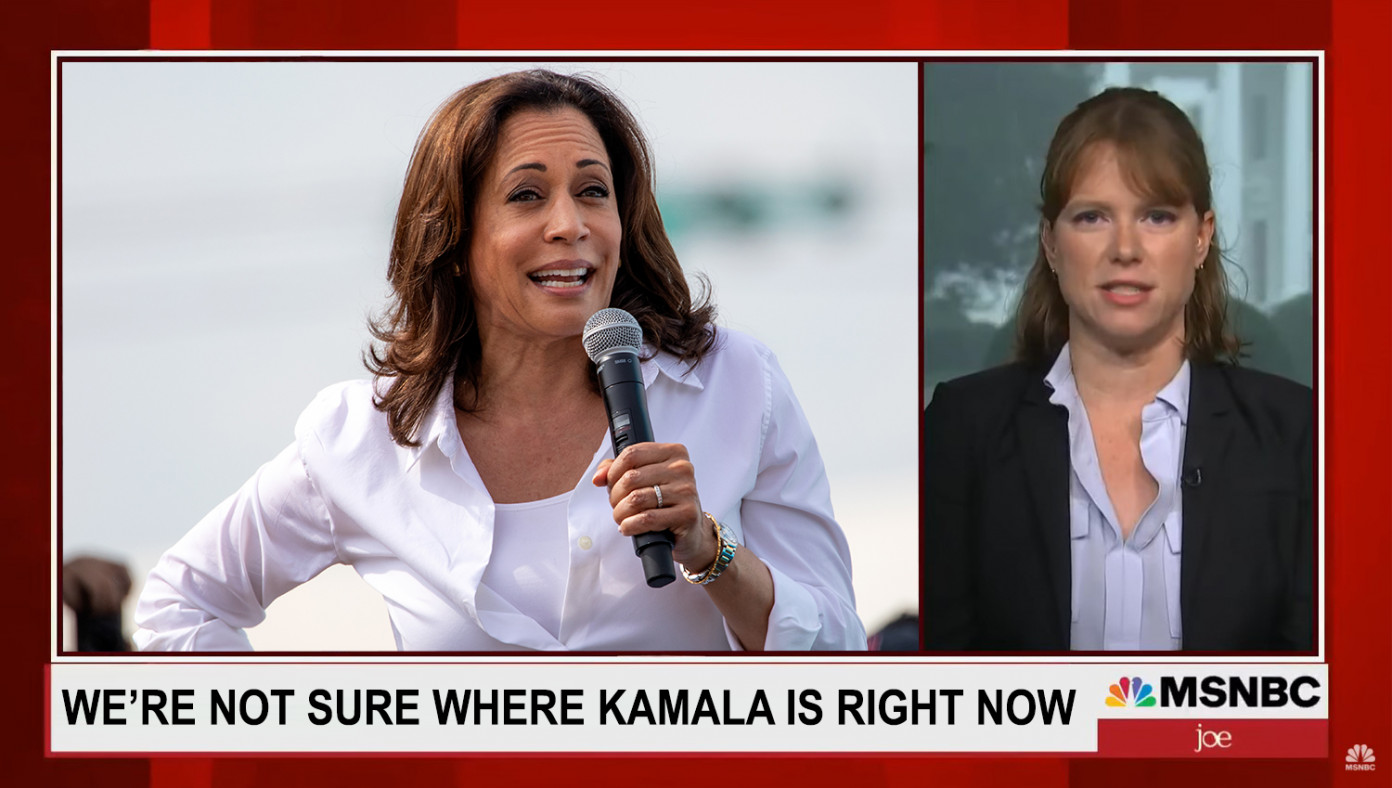 WASHINGTON, D.C.—In an interview with Morning Joe, White House communications director Kate Bedingfield revealed they have lost Kamala Harris and have no idea where she’s gone, although she admitted nobody is really looking for her all that hard.

“Yeah, I dunno. She’s somewhere, I guess. I mean, she didn’t just disappear,” said Bedingfield. “We have some people looking for her I think, but we’re not too worried, honestly. I’m sure she’ll turn up sooner or later.”

“Wait, wait, wait,” said the show’s host. “You mean to tell me that in this time of crisis, you have literally no idea where the Vice President of the United States is?”

“Well, it sounds bad when you put it that way,” replied the Communications Director. “I don’t really see how this is a big deal. It’s been kind of nice and quiet around here since she left… we’re not even quite sure what she does, anyway,” she said with a shrug.

Anonymous sources have suggested Kamala may be somewhere around Camp David, as locals reported the sound of cackling through the night.

This entry was posted in Government, Humor and tagged Kamala Harris. Bookmark the permalink.