The Oopsilon Variant, by Robert Gore 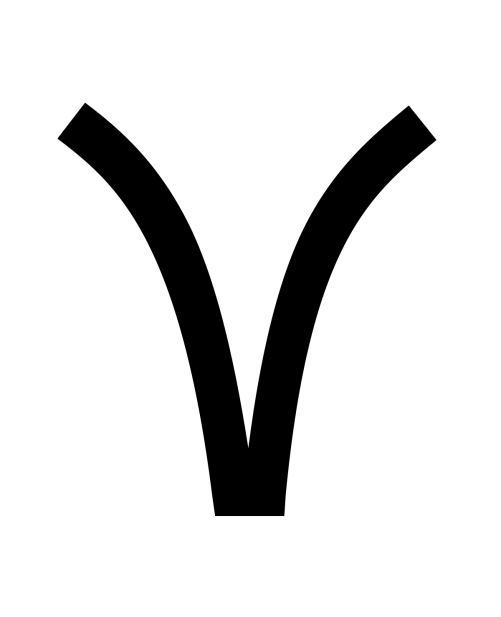 In a remote location outside Washington D.C., a group of the nation’s most powerful political, business, and medical leaders sat at a large table in a super-secret, super-secure conference room.

“We’ve discovered a new COVID variant,” Dr. Rachel Kielbasa, head of the Center for Disease Commerce, announced. “Over a hundred cases in Texas within the last month, forty-four cases in Florida the last two weeks.”

The people around the conference room smiled. A new variant out of Texas and Florida was a good thing. It would show those yahoos.

“So why all this secrecy and rigamarole, what’s another variant?” Albert Moola asked. He was the CEO of Liezer, a giant pharmaceutical concern.

“So people will need a new booster every two days. That’s a lot of shots, but with adequate funding from the government, I’m sure Liezer can rise to the challenge. For the good of the country, of course.”

“I’m afraid this isn’t as auspicious as it sounds, for Liezer or the rest of us,” Kielbasa said. “We know the current vaccine drops to zero effectiveness because the variant virus essentially eats it all up. It not only resists, it obliterates your vaccine, Albert, and every other vaccine now on the market. After two days we can’t find a drop of vaccine, and the spike proteins that the vaccines are supposed to make the recipient produce are gone, too. Everything is just gone.”

“I assume Bill Negates has been notified?” Pelfosi said.

“He was our first call,” Kielbasa said. “He’s pledged five billion to find a vaccine. He said his contribution would have been ten billion, but his divorce has left him a little short. He’s personally supervising the effort, says there’s no time to spare. He sends his regards. Of course everyone else is going to kick in on this. They have to.” There was no mistaking the urgency in her voice. “There’s more bad news.”

“What could be worse than this?” Sparus shrieked.

“The variant appears to have no adverse effects at all. In fact, it wipes out every other COVID variant. Patients have even said that it leaves them feeling happier and more confident. ”

Moola whistled “It leaves them healthier and happier?”

“This is intolerable!” Sparus shrieked. “I will not tolerate it!”

“How contagious is it?” Moola asked.

“It’s the most contagious variant yet.”

“So this will spread like wildfire, knocking out other variants, making people healthier, happier, and essentially unvaccinated. My god! Have you been able to isolate the variant?”

“We have.” Kielbasa dimmed the lights and used her laptop computer to put an electron microscope image on a screen, an indistinct speck.

“Can you increase the magnification?”

Kielbasa repeatedly hit a button on her computer and the speck grew larger and larger, until it almost filled the screen. At that size, it appeared that the virus’s spike proteins formed a pattern on the surface of the virus, a smiley face. There was a long, uncomfortable silence. Kielbasa turned off her computer and turned on the lights.

“What are you calling this variant?”

A little man jumped up from his seat, Dr. Antonio Ouchy, the Director of the National Institute of Adverse and Ineffective Drugs. “Are you crazy?” he shouted. He hurried over to a white board and picked up a red marker. He wrote Upsilon on the board. “What do you think the press is going to make of this when they get ahold of it?” He wrote Oopsilon on the board. “Did any of you think about the optics here? Does anybody in your outfit have a functioning brain cell, Kielbasa?”

“The press isn’t going to say a word about this until we have a vaccine.” Pelfosi said sternly. “Jen, there will be no problem with the regular media.”

“Of course not, Ms. Speaker, they’ll do as they’re told.” Jen Pschloki, the White House press secretary answered. “I don’t think anyone will be so foolish as to ask questions, but they’ll get circled back if they do.”

“What about social media, Mark, they’ll do likewise?”

“Certainly,” Mark Yuck said. He was the CEO of Wastebook, a social networking company. While there were billions of “friends” on his network, he had no non-virtual friends. His smug too-perfectness and weird haircut provoked a visceral desire among his many enemies to punch his teacher’s pet face. “We see a peep about this and whoever posts it will be deplatformed so fast their head will swim. The other big platforms will be on board. The problem is those darn websites and bloggers. You knock one out and two more spring up to take their place. Ms. Pelfosi, after this meeting I’d like to talk to you about legislation to get rid of these disruptive elements. I guarantee you’ll have the full support of Silicon Valley.”

“We’ll address the problem. An emergency like this always gives us opportunities and we won’t let them go to waste.”

“Nan, we’re going to need a lot more than Negates’s $5 billion, that’s a drop in the bucket,” Dr. Ouchy said. “This requires an all-out effort, the equivalent of war. You’ve got to get emergency legislation and big-time funding—I’m talking trillions—through Congress and pronto! We need a vaccine now, and not like the wishy-washy ones we already have. It has to eradicate this Upsilon variant completely, wipe it out!”

“Any ideas on how I sell a vaccine for a virus that leaves people healthier, Tony?”

“Perception management,” Senator Chuck Wormer interjected. “We’ve got to rework the vaccinated-unvaccinated division we’ve done so well with. The trick is to make health and happiness seem like abnormal conditions that pose a threat to the rest of us. Someone else’s good mood can kill you. Enlist everyone—if you see something, say something. And because this Upsilon variant is so dangerous and contagious, we have to separate those who get it from everyone else.”

“Exactly. We’ve been waiting a long time for this.”

“There’s a problem with that,” Dr. Ouchy said. “Before long people are going to notice that the ones in the camps aren’t sick or dying, that they’re healthy. Because this virus is so contagious we won’t be able to get people into the camps fast enough and the health of the general population will improve too. I think this requires more stringent measures . . . until we get a vaccine, of course.”

Wormer said, “We’ve always known there would come a time when to protect people, to show our concern for them, we’d have to eliminate them. That time has arrived.”

“We’ll stop calling diseased people ‘people’,” Dr. Ouchy said. “We’ll call them carriers, or better yet, vectors. We kill mosquitos that carry malaria and rats that carry plague because they’re disease vectors. This is no different—humans are vectors. Who’s going to worry about vectors?”

“There may be protests, but it’s for the good of the country,” Pelfosi said. “Anyone who objects is being selfish, placing their own interest before the public interest.”

“You can’t make a filet mignon without breaking eggs!” exclaimed the President of the United States.

His Vice President glanced at him. “Looks like it’s time for somebody’s sedative and nap.”

This story is fictional. Any similarity between its characters and actual people is intentional.

This entry was posted in Humor, Uncategorized and tagged Covid-19 satire. Bookmark the permalink.

28 responses to “The Oopsilon Variant, by Robert Gore”