The Globalist American Empire Would Rather Risk Nuclear War Than Admit Its Own Arrogance, by Revolver

Unfortunately we have to turn our attention to a slithering group of invertebrates known as neocons, because they may pitch us all into nuclear Armageddon. They dream grand dreams of global domination and love sending other people’s kids off to wars, although most of them have never fought in one. From Revolver at revolver.news:

The United States is on the brink of a war in Ukraine, and most of the country hasn’t even noticed.

WASHINGTON — President Biden is considering deploying several thousand U.S. troops, as well as warships and aircraft, to NATO allies in the Baltics and Eastern Europe, an expansion of American military involvement amid mounting fears of a Russian incursion into Ukraine, according to administration officials.

The move would signal a major pivot for the Biden administration, which up until recently was taking a restrained stance on Ukraine, out of fear of provoking Russia into invading. But as President Vladimir V. Putin has ramped up his threatening actions toward Ukraine, and talks between American and Russian officials have failed to discourage him, the administration is now moving away from its do-not-provoke strategy.

The discussions came as the State Department ordered all family members of U.S. embassy personnel in Kyiv to leave Ukraine, citing the threat of Russian military action, and authorized some embassy employees to depart as well, according to senior State Department officials who briefed reporters on Sunday. [NYT] 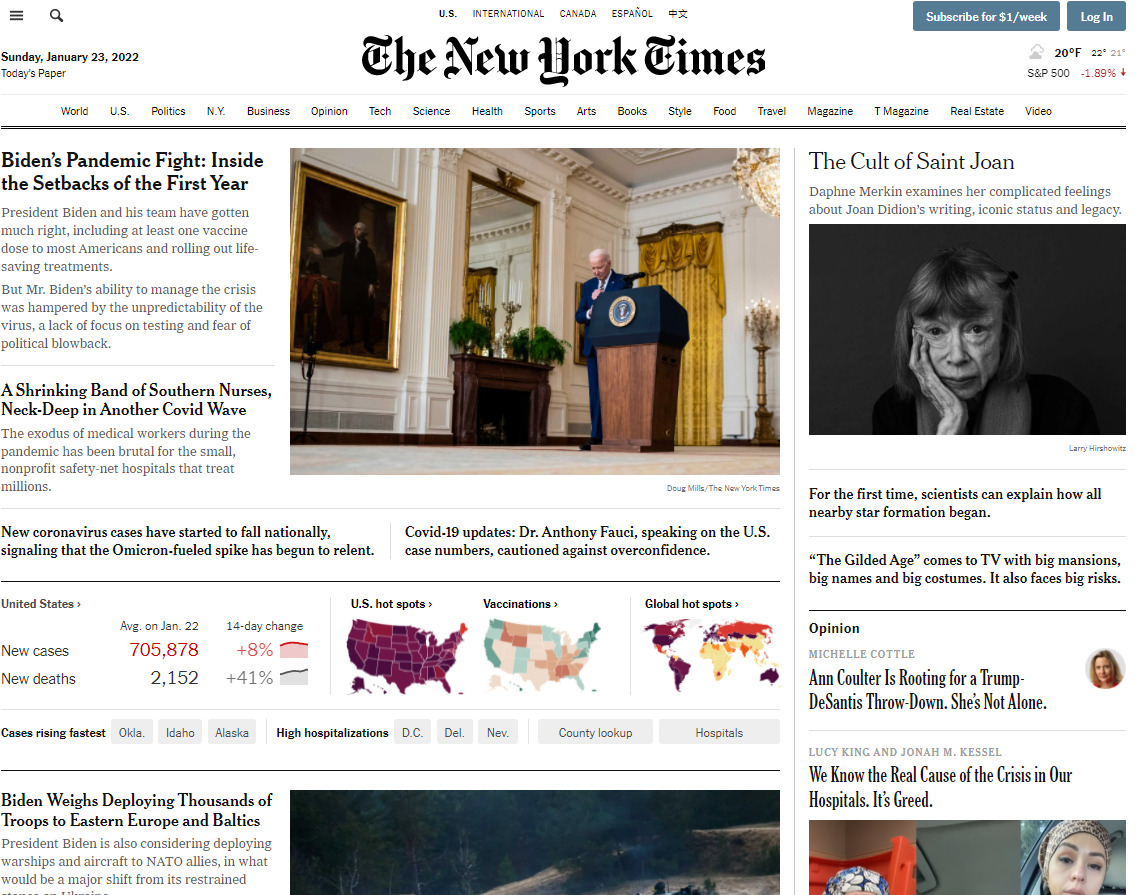 The NYT squeezed the story into the bottom left, below perpetually-unchanging narratives about COVID and stories about Joan Didion and the latest prestige TV show.

One response to “The Globalist American Empire Would Rather Risk Nuclear War Than Admit Its Own Arrogance, by Revolver”