Victor Davis Hanson: What The January 6 Committee Might Have Been

Certainly a full exploration of January 6 would produce revelations, perhaps blockbusters, and not all them would concern Trump and company. There are all sorts of indications of Democratic skullduggery. However, because they control the process, the January 6 committee is little more than a star chamber proceeding. From Victor Davis Hanson at zerohedge.com:

Congress should investigate fully the January 6 riot at the Capitol – and similar recent riots at iconic federal sites. 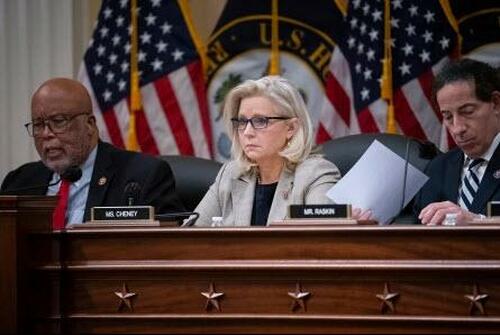 But unfortunately, it never will. Why not?

The current committee is not bipartisan. House Speaker Nancy Pelosi, D-Calif., forbade Republican nominees traditionally selected by the House minority leader to serve on the committee.

No speaker had ever before rejected the minority party’s nominees to a select House committee.

Pelosi’s own cynical criteria for Republican participation was twofold: Any willing minority Republican members had to have voted to impeach former President Donald Trump while having no realistic chance of being reelected in 2022.

Of some 210 Republican House members, that left just Representatives Liz Cheney, R-Wyo., and Adam Kinzinger, R-Ill., who were willing and able to fit Pelosi’s profile.

A real investigation would have ignited argumentation, cross-examination, and disagreements – the sort of give-and-take for which congressional committees are famous.

In contrast, the January 6 show trial features no dissenting views. Its subtext was right out of the Soviet minister of Internal Affairs Lavrentiy Pavlovich Beria’s credo: “Show me the man and I’ll show you the crime.”

If Trump was not considering a third run for the presidency, would the committee even have existed?

Its slick Hollywood-produced optics demonstrate that the committee has no interest in inconvenient facts. Why did a Capitol officer lethally shoot a petite unarmed woman entering a Capitol window? And why was the officer’s identity and, indeed all information about his record, withheld from the public?

Why did the committee not investigate whether large numbers of FBI agents and informants were ubiquitous among the crowd?