Is it really a default if your creditor refuses payment or makes it impossible for you to repay, but you are ready, willing, and able to do so? From Katabella Roberts at The Epoch Times via zerohedge.com:

Russia on Sunday defaulted on its foreign debt for the first time since 1918 after the grace period on its $100 million payment expired, according to reports.

The $100 million interest payment deadline due to be met by the Kremlin had initially been set to May 27 but a 30-day grace period was triggered after investors failed to receive coupon payments due on both dollar and euro-denominated bonds.

Russia said that it had sent the money to Euroclear Bank SA, a bank that would then distribute the payment to investors.

But that payments allegedly got stuck there amid increased sanctions from the West on Moscow, according to Bloomberg, meaning creditors did not receive it.

Euroclear told the BBC that it adheres to all sanctions.

The last time Russia defaulted on its foreign debt was in 1918 when the new communist leader Vladimir Lenin refused to pay the outstanding debts of the Russian Empire during the Bolshevik Revolution. 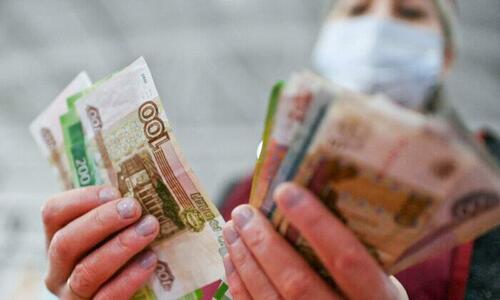