Efficacy starts at less than 100 percent and slides from there. From Tyler Durden at zerohedge.com:

A study which analyzed the records of nearly 800,000 US veterans of all ages found that the three main Covid-19 vaccines experienced ‘dramatic’ drops in efficacy over six months, according to the LA Times. 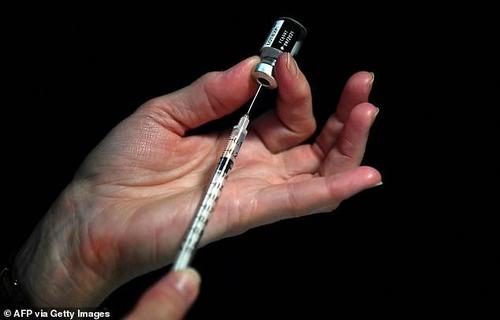 Between early March and Septemper, as the Delta variant rapidly became the dominant strain worldwide, the ability of Moderna’s two-dose vaccine to prevent infections dropped from 89% – 58%, Pfizer’s went from 87% – 45%, and J&J’s single-dose vaccine went from 86% to just 13%.

The findings were published Thursday in peer-reviewed Science.

That said, the vaccines’ ability to prevent death in older Americans remained somewhat robust over the same period, according to the report.

Among veterans 65 and older who were inoculated with the Moderna vaccine, those who developed a so-called breakthrough infection were 76% less likely to die of COVID-19 compared with unvaccinated veterans of the same age.

Older veterans who got the Pfizer-BioNTech vaccine and subsequently experienced a breakthrough infection were 70% less likely to die than were their unvaccinated peers.

And when older vets who got a single jab of the J&J vaccine suffered a breakthrough infection, they were 52% less likely to die than their peers who didn’t get any shots. -LA Times

For veterans younger than 65, Pfizer and Moderna vaccines prevented death 84% and 82% respectively, while J&J recipients were 73% less likely to die vs. their unvaccinated peers.

This entry was posted in Medicine and tagged Vaccine efficacy. Bookmark the permalink.