Hospitalizations, Mortality Cut In Half After Brazilian City Offered Ivermectin To Everyone Pre-Vaccine, by Tyler Durden

We’ve seen the same story over and over: Ivermectin works to prevent and cure Covid. It’s not perfect (the vaccines are?), but it works well with little to no side effects (unlike the vaccines). From Tyler Durden at zerohedge.com:

Early on in the pandemic, before the vaccines were available, the Southern Brazilian city of Itajai offered Ivermectin as a prophylaxis against the disease. 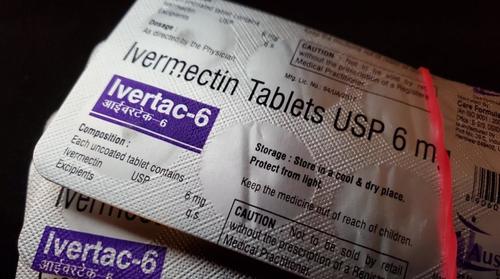 After analyzing the data, a team of researchers spanning several Brazilian institutes, the University of Toronto, and Columbia’s EAFIT concluded in a December pre-print study that hospitalization and mortality rates were cut in half over the seven month period among the Ivermectin group.

This is even more impressive when you learn the IVM users were older on average, with 30% >50 yo versus 20% for non-IVM users. The mortality reduction is even higher looking at different age groups. 85% for 31-49 yo and 59% for >50 yo. pic.twitter.com/K6D5naybCS

The analysis contradicts an October report by Business Insider which claims, based on a Brazilian ICU doctor’s anecdotal evidence, that the experiment was a failure.

This entry was posted in Medicine, Science and tagged Brazilian study, Ivermectin. Bookmark the permalink.

One response to “Hospitalizations, Mortality Cut In Half After Brazilian City Offered Ivermectin To Everyone Pre-Vaccine, by Tyler Durden”