The Russians don’t like their red lines crossed, and things tend to get ugly when they it happens. From Tyler Durden at zerohedge.com:

The Kremlin has again called out Germany for abandoning its historic neutrality regarding shipping weapons to foreign conflicts, with Russia’s ambassador to Berlin stressing the German government has violated a red line.

“The very fact that the Ukrainian regime is being supplied with German-made lethal weapons, which are used not only against Russian military service members, but also the civilian population of Donbass, crosses the red line,” Ambassador Sergey Nechaev told Izvestia newspaper in a fresh interview, subsequently republished in English in state sources. 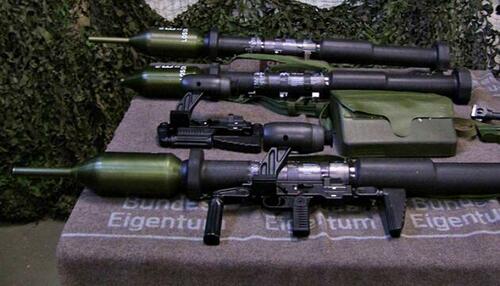 He stressed Berlin has now crossed a point of no return: “They have crossed the Rubicon,” Nechaev stated, referencing the some $2 billion in defense aid Berlin has pledged thus far.

Invoking Moscow’s previously stated objective to “de-nazify” Ukraine, the ambassador said that Germany should know better than to cross Russia’s red lines, “considering the moral and historic responsibility that Germany has before our people for the Nazi crimes.”

Nechaev continued by saying Germany “has unilaterally acted to destroy bilateral relations [with Russia] that were unique in scale and depth and had been built over decades,” and that, “In essence, the post-war reconciliation of our nations and peoples is being eroded.”