“That’s a nice couple of pipelines you got there. Sure wouldn’t want to see anything happen to them.” And that’s the way it rolls in the Baltic. From Diana Johnstone at consortiumnews.com:

The sabotage of the Nord Stream 2 pipeline has virtually announced that the war in Ukraine can only intensify with no end in sight. 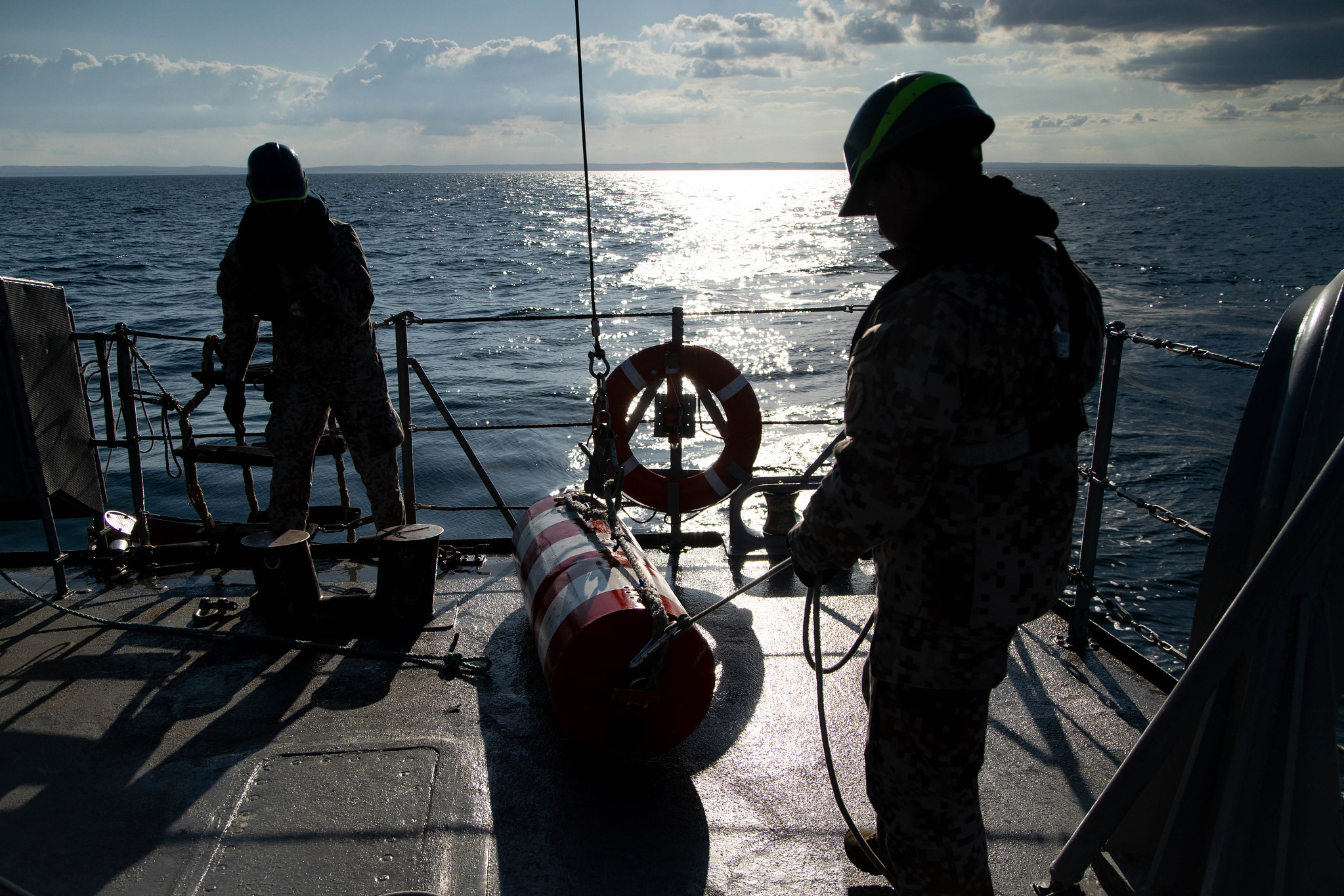 Crew from the LVNS Talivaldis performing mine countermeasures training in the Baltic Sea during during the annual BALTOPS maritime exercise in June 2020. (NATO)

Gangster war is what you wage when you already are the boss and won’t let any outsider muscle in on your territory.  For the dons in Washington, the territory can be just about everywhere, but its core is occupied Europe.

Pres. Biden: "If Russia invades…then there will be no longer a Nord Stream 2. We will bring an end to it."

Reporter: "But how will you do that, exactly, since…the project is in Germany's control?"

Biden: "I promise you, we will be able to do that." https://t.co/uruQ4F4zM9 pic.twitter.com/4ksDaaU0YC

This entry was posted in Crime, Geopolitics, Governments, War and tagged Nordstream 1 and 2 explosions. Bookmark the permalink.