SCOTT RITTER: A Lexicon for Disaster

When two superpowers both have enough nuclear weapons to wipe out the human race, rationality dictates that they talk with each other and do everything possible to avoid war. The number of people in Washington who grasp that simple statement has dwindled to less than a handful. From Scott Ritter at consortiumnews.com:

Russia seeks arms control agreements to prevent dangerous escalation. But the U.S. seeks only unilateral advantage. This risks all out conflict unless this changes. 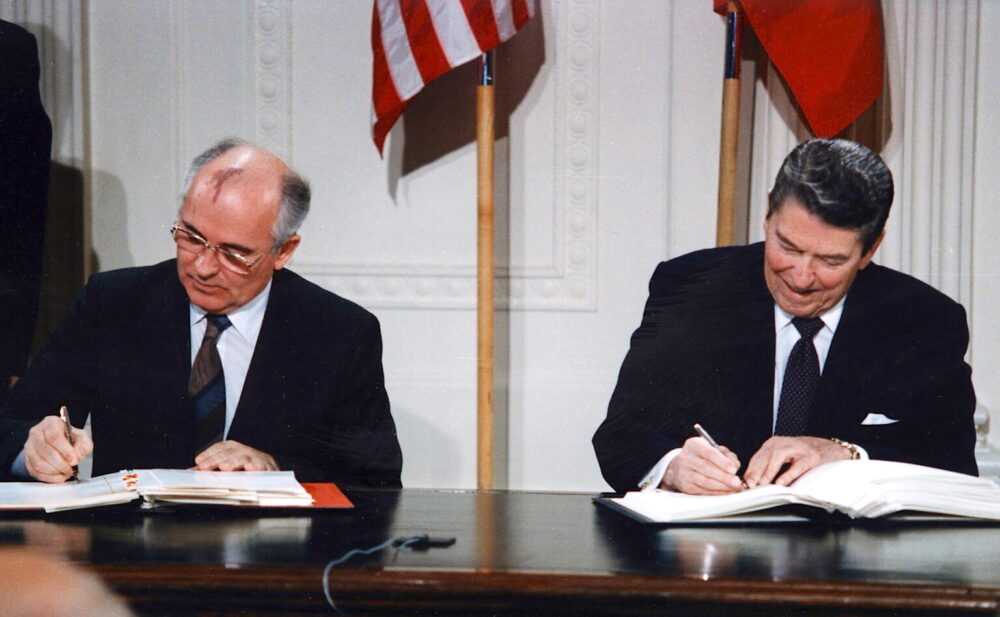 Ronald Reagan and Mikhail Gorbachev signing the INF Treaty in the East Room at the White House in 1987. (Public Domain/Wikimedia Commons)

Dec. 8 marked the 35th anniversary of the signing of the intermediate nuclear forces (INF) treaty. This landmark arms control event was the byproduct of years of hard-nose negotiations capped off by the political courage of U.S. President Ronald Reagan and Soviet General Secretary Mikhail Gorbachev who together signed the treaty and oversaw its ratification by their respective legislatures.

The first inspectors went to work on July 1, 1988. I was fortunate to count myself among them.

In August 2019, former President Donald Trump withdrew the U.S. from the INF treaty; Russia followed shortly thereafter, and this foundational arms control agreement was no more.

The Decline of Arms Control

The termination of the INF treaty is part and parcel of an overall trend which has seen arms control as an institution — and a concept — decline in the eyes of policy makers in both Washington and Moscow. This point was driven home during a two-day period where I marked the INF anniversary with veteran arms control professionals from both the U.S. and Russia.

These experts, drawn from the ranks of the diplomatic corps who negotiated the treaty, the military and civilian personnel who implemented the treaty others from all walks of life who were affiliated with the treaty in one shape or another, all had something to say about the current state of U.S.-Russian arms control.

This entry was posted in Geopolitics, Governments, Military, War. Bookmark the permalink.