The Kagans Are Back; Wars to Follow, by Robert Parry

Scientists should delve into the question of whether a proclivity to advocate for senseless, costly, and ultimately counterproductive foreign intervention is genetically or environmentally based. The Kagan family would be evidence of the former. From Robert Parry at strategic-culture.org:

The Kagan family, America’s neoconservative aristocracy, has reemerged having recovered from the letdown over not gaining its expected influence from the election of Hillary Clinton and from its loss of official power at the start of the Trump presidency. 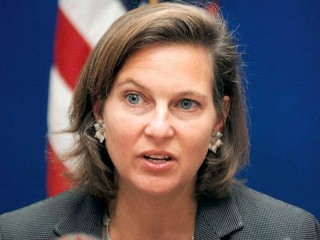 Former Assistant Secretary of State for European Affairs Victoria Nuland, who pushed for the Ukraine coup and helped pick the post-coup leaders. (She is the wife of neocon theorist Robert Kagan.)

Back pontificating on prominent op-ed pages, the Family Kagan now is pushing for an expanded U.S. military invasion of Syria and baiting Republicans for not joining more enthusiastically in the anti-Russian witch hunt over Moscow’s alleged help in electing Donald Trump.

In a Washington Post op-ed on March 7, Robert Kagan, a co-founder of the Project for the New American Century and a key architect of the Iraq War, jabbed at Republicans for serving as “Russia’s accomplices after the fact” by not investigating more aggressively.

Then, Frederick Kagan, director of the Critical Threats Project at the neocon American Enterprise Institute, and his wife, Kimberly Kagan, president of her own think tank, Institute for the Study of War, touted the idea of a bigger U.S. invasion of Syria in a Wall Street Journal op-ed on March 15.

Yet, as much standing as the Kagans retain in Official Washington’s world of think tanks and op-ed placements, they remain mostly outside the new Trump-era power centers looking in, although they seem to have detected a door being forced open.

Still, a year ago, their prospects looked much brighter. They could pick from a large field of neocon-oriented Republican presidential contenders or – like Robert Kagan – they could support the establishment Democratic candidate, Hillary Clinton, whose “liberal interventionism” matched closely with neoconservatism, differing only slightly in the rationalizations used for justifying wars and more wars.

To continue reading: The Kagans Are Back; Wars to Follow

One response to “The Kagans Are Back; Wars to Follow, by Robert Parry”