Get Out of the Way, by John Stossel

The best thing the federal government can do to help Houston, Miami, and Puerto Rico recover is to get out of the way. From John Stossel at theburningplatform.com: 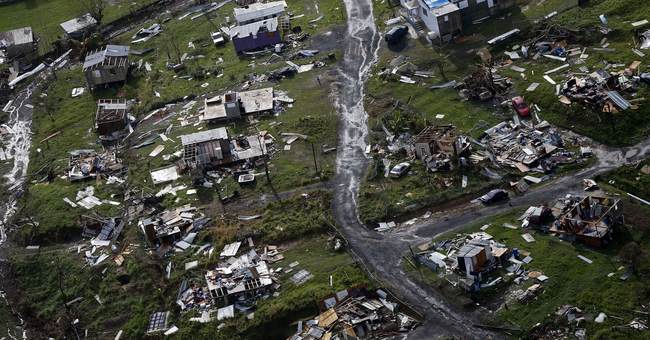 The hurricane devastation is severe. What should the federal government do?

Give us lots of money, say many.

So far, Congress has agreed to $15 billion in hurricane relief. But more will come.

But let’s take a breath. Why is rebuilding the federal government’s responsibility?

Clearly, only the feds can send in the military and some other first responders. After Hurricane Irma, 13,000 National Guard soldiers from 22 states helped rescue and evacuate people. That’s the kind of emergency response we expect from the federal government.

But rebuilding after storms?

Washington, D.C., has no money of its own. Anything it spends comes from states. And states and local governments know better than Washington how relief money might best be used. (Though Puerto Rico may be an exception, since its government is, as one entrepreneur put it, “inept and riddled with corruption.”)

The idea that the federal government must lead in rebuilding is only a recent phenomenon, says the Cato Institute’s Chris Edwards.

“Prior to recent decades,” he writes, “private charitable groups and businesses have been central to disaster response.”

In 1906, the massive San Francisco earthquake and fire that followed destroyed 80 percent of the city. Yet that tragedy “is remembered not just for the terrible destruction it caused, but also for the remarkably rapid rebuilding … (The) population recovered to pre-quake levels within just three years, and residents quickly rebuilt about 20,000 buildings.”

To continue reading: Get Out of the Way

This entry was posted in Governments, History and tagged Natural disasters. Bookmark the permalink.