The Great Government Gold Heist Of 1933, by SchiffGold

On April 5, 1933, the president signed Executive Order 6102. It was touted as a measure to stop gold hoarding, but it was in reality, a massive gold confiscation scheme. The order required private citizens, partnerships, associations and corporations to turn in all but small amounts of gold to the Federal Reserve in exchange for $20.67 per ounce.

The executive order was one of several steps Roosevelt took toward ending the gold standard in the US.

With the dollar tied to gold, the Federal Reserve found it difficult to increase the money supply during the Great Depression. It couldn’t simply fire up the printing press as it can today. The Federal Reserve Act required all notes have 40% gold backing. But the Fed was low on gold and up against the limit. By stealing gold from the public, the Fed was able to boost its gold holdings.

END_OF_DOCUMENT_TOKEN_TO_BE_REPLACED

The Lesson of a Crash that Cured Itself, by Wendy McElroy

What if the best thing a government could do for an economy was leave it alone? From Wendy McElroy at fff.org:

If a government wishes to alleviate, rather than aggravate, a depression, its only valid course is laissez-faire—to leave the economy alone. Only if there is no interference, direct or threatened, with prices, wage rates and business liquidation, will the necessary adjustment proceed with smooth dispatch. — Murray Rothbard, America’s Great Depression

The economic disruption caused by the government’s coronavirus clamp-down may lead to a deep recession or depression; arguably, it already has. President Trump’s $2.2 trillion relief package indicates what his answer to such an economic disaster will be: mega-spending on hand-outs and social projects. Trump is setting himself up as a modern version of Franklin D. Roosevelt (FDR) whose New Deal programs defined 20th century America by diverting it from a largely free-market path down a largely statist one. Trump wants to be an activist president — the type that history books applaud. Congress’s near-unanimous support of the relief bill means that no real brake will be applied on the speed or depth of federal spending. Few voices even question the need for government to lift up the economy by its bootstraps.

The Great Depression of the 1930s is often viewed as the gold standard for a federal response to an economic crisis. And, yet, FDR’s strong-man policies ushered in a decade of economic misery that did not end until the jolt of a world war in which over 400,000 Americans were killed. Happily, a less bloody “success” story exists.

END_OF_DOCUMENT_TOKEN_TO_BE_REPLACED 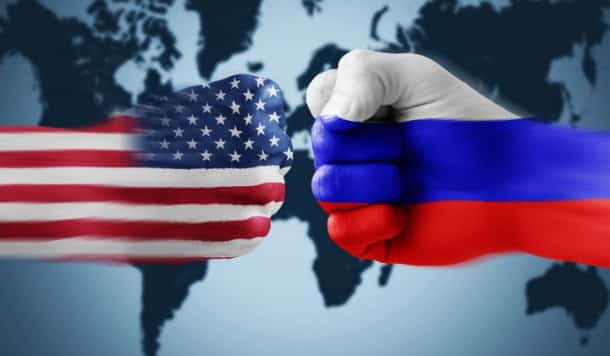 END_OF_DOCUMENT_TOKEN_TO_BE_REPLACED

The only mystery about the looming sovereign debt crisis is why its taken so long to arrive. From Simon Black at sovereignman.com:

At the turn of the century in the year 1300, the Republic of Florence’s public debt was quite manageable at just 50,000 gold florins. That’s less than $100 per capita in today’s money.

By 1338, after a series of costly wars and expensive public works projects, Florence’s debt had ballooned to 450,000 gold florins. Four years later (after yet another war) it had grown to 600,000 gold florins.

This was crippling to public finances given that the government of Florence was paying between 10% and 15% interest on its debt.

To make matters worse, some of Florence’s most prominent banks had made bad loans to foreign governments– most notably to King Edward III of England, who had suffered terrible defeat against France in what would become known as the Hundred Years War.

Edward would ultimately default on his Italian bank loans, sparking a terrible banking crisis in Florence.

News traveled quickly that the most powerful financial center in Europe was in trouble. The government was near ruin, and the banks were collapsing.

And then came the plague.

END_OF_DOCUMENT_TOKEN_TO_BE_REPLACED

They never take away your freedoms all at once, they always do it gradually, so that most people don’t even notice. From John W. Whitehead at rutherford.org:

“Everything can be taken from a man but one thing: the last of the human freedoms — to choose one’s attitude in any given set of circumstances, to choose one’s own way.”—Viktor Frankl

We still have choices.

Just because we’re fighting an unseen enemy in the form of a virus doesn’t mean we have to relinquish every shred of our humanity, our common sense, or our freedoms to a nanny state that thinks it can do a better job of keeping us safe.

Whatever we give up willingly now—whether it’s basic human decency, the ability to manage our private affairs, the right to have a say in how the government navigates this crisis, or the few rights still left to us that haven’t been disemboweled in recent years by a power-hungry police state—we won’t get back so easily once this crisis is past.

Every day brings a drastic new set of restrictions by government bodies (most have been delivered by way of executive orders) at the local, state and federal level that are eager to flex their muscles for the so-called “good” of the populace.

This is where we run the risk of this whole fly-by-night operation going completely off the rails.

It’s one thing to attempt an experiment in social distancing in order to flatten the curve of this virus because we can’t afford to risk overwhelming the hospitals and exposing the most vulnerable in the nation to unavoidable loss of life scenarios. However, there’s a fine line between strongly worded suggestions for citizens to voluntarily stay at home and strong-armed house arrest orders with penalties in place for non-compliance.

More than three-quarters of all Americans have now been ordered to stay at home and that number is growing as more states fall in line.

Schools have cancelled physical classes, many for the remainder of the academic year.

Many of the states have banned gatherings of more than 10 people.

END_OF_DOCUMENT_TOKEN_TO_BE_REPLACED

Give Me Liberty or…