As Merkel’s Star Fades, This Is What Is Really Happening Behind the Scenes, by Srdja Trifkovic

The recent European “agreement” on immigration was a face-saving exercise for Angela Merkel and not much else. From Srdja Trifkovic at russia-insider.com:

“(Former Eastern bloc nations) know ideologically driven idiots when they see them, and they are able and willing to stand up to them.”

For many years German Chancellor Angela Merkel has been regarded, with reason, as the most powerful woman in the world. Over the past few months, Merkel’s authority has diminished precipitously, however, mainly due to her irrational immigration policy. That much became obvious at last weekend’s emergency EU summit on immigration.

The meeting was hastily convened at Merkel’s insistence to develop a joint European strategy to deal with the ongoing migrant onslaught. In reality, it was meant to be “Operation Save Mutti”: a means of preventing her government’s collapse by showing that the Union can develop a tougher immigration strategy. 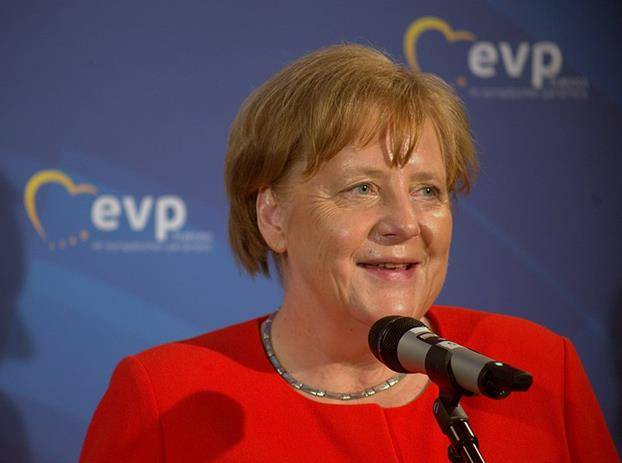 Her goal was to ease the pressure from the Christian Social Union (CSU)—her Christian Democratic Party’s (CDU) Bavarian partner—which had threatened to leave her ruling coalition unless she agreed to end her open door policy. CSU leader Horst Seehofer had threatened to resign as Germany’s interior minister unless Merkel agreed to refuse entry to migrants who had applied for asylum elsewhere in the EU, potentially forcing an early election at which the Alternative for Germany (AfD) would be likely to increase its share of the vote.

“This is not about whether Frau Merkel stays as Chancellor next week or not,” Xavier Bettel, Luxembourg’s Prime Minister, announced as he came out of the meeting in Brussels. Unwittingly (or perhaps mendaciously), he let the cat out of the bag. Indeed, the summit’s true objective was to appease Merkel’s domestic detractors—but the task proved to be beyond her. The former powerbroker of Europe has been reduced to the mendicant pleading for the appearance of unanimity on a key issue which has divided the EU and changed the political landscape of Europe beyond recognition.

The Brussels “deal” merely asks member-countries to voluntarily accept migrants in the name of “solidarity,” and to settle them in “processing centers” (don’t call them “camps,” please!). It does not say where those centers would be located, how they would be organized, or where unsuccessful asylum seekers would go in the end.

To continue reading: As Merkel’s Star Fades, This Is What Is Really Happening Behind the Scenes