Hong Kong wants to make it easier to extradite people to China. The people of Hong Kong are understandably upset. From Tyler Durden at zerohedge.com:

The leader of Hong Kong has pledged to move forward with legislation that will ease extraditions to China despite a massive protest from hundreds of thousands, if not millions, of citizens over the weekend. The legislation is backed by Beijing, according to Bloomberg, and would allow Hong Kong to enter into one-time agreements with places like China and Taiwan to move criminal suspects.

Chief Executive Carrie Lam said that the government “could see people are still concerned about the bill.” Generally, a million people taking to the streets in protest can make that point clear. 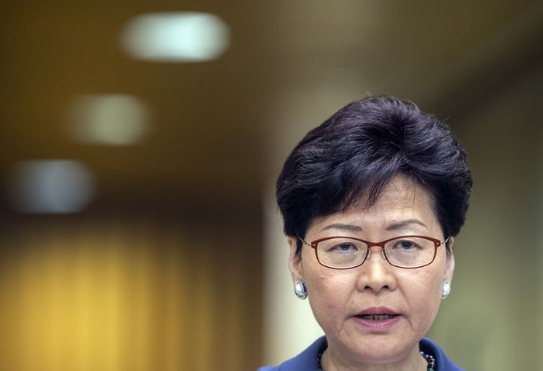 Lam has said that the legislation has been amended to protect human rights and called on Hong Kong’s elected Legislative Council to make further changes.

“The society has been closely and intensely discussing the amendment bill for four months. It should be returned to the Legislative Council, which should carry out its constitutional duty. This means after vetting the bill, legislators can amend or approve the bill or whatever. Our stand is still our stand today.”

“There is very little merit to be gained by delaying the bill,” Lam concluded.

Hong Kong arrested 7 people who were parties to the protest on charges of “suspicion of attacking the police”. Lee Kwai-wah, senior superintendent of the city’s Organized Crime and Triad Bureau, said another 12 people were arrested for blocking roads.

Jimmy Sham of the Civil Human Rights Front, the organizer of Sunday’s protest, pushed back on Lam’s comments: “Carrie Lam is provoking us. I don’t understand why a government doesn’t want us to live a comfortable life but to challenge us to see what price we can pay.”

This entry was posted in Civil Liberties, Governments and tagged China, Hong Kong. Bookmark the permalink.