We Will Not Comply, by Jeff Harris

Why should we believe government and why should we comply with its dictates? From Jeff Harris at ronpaulinstitute.org:

We’re told by government and media talking heads that we’re in a war with the Covid-19 virus. The threat from said virus is supposedly so potent that famine, poverty, suicide and utter dependence on government is preferable to contracting the illness. We’re told to huddle in our homes and social distance ourselves from other humans at least six feet. Now we’re told it’s advisable to wear a mask when one is shopping for necessities like food and medicine.

Every day the news media appears to revel in upping the fear index by showing pictures of mobile clinics and morgues being erected in cities like New York. We’re shown “leaked” pictures of body bags with what appears to be corpses inside stacked up in said morgues.

I think it’s important to bear in mind that the government and media have been lying to the American people for many decades. This is a fact, not a conspiracy theory. To drive the point home our current Secretary of State Mike Pompeo recently joked about the fact that government agents are indoctrinated in techniques to lie, cheat and steal.

The supposed “leaked” pictures of stacked body bags serves a very useful purpose for the elites. “See there, if you don’t obey us unquestioningly you could wind up in one of those bags!” Isn’t it amazing that you NEVER see leaked pictures of dead American service men and women returning from never ending wars overseas?

END_OF_DOCUMENT_TOKEN_TO_BE_REPLACED

The Government Wants to Decide What Items Are Essential Purchases and What Things You’re Not Allowed to Buy, by Daisy Luther

Living under lockdown restrictions, prevalent in nearly every state, is about to get a whole lot worse. The government in the United States and Canada has decided to take away the guesswork in the stores that are still open and decide for you what’s “essential” and what’s not.

When I have gone to the store to pick up groceries (I’m still getting fresh produce while I can), I also like to pick up a couple of things that are pleasant diversions: magazines, a crossword puzzle book, coloring pencils, some craft supplies. It’s nice to have some things that are enjoyable on hand to keep lockdown from feeling so grim and torturous. If the store is already open, getting a sunny yellow pillow for the living room is a pick-me-up, not a frivolous jaunt to a place I wasn’t already going. When we had a birthday in the family, we even picked up a few small gifts on our regular trip to the grocery store to provide a sense of normalcy.

But the days of getting a random item to brighten a family member’s day may be numbered. The government (at least in some places) wants to make this already unpleasant time as dismal as possible for us all.

Vermont has started a worrisome trend.

Vermont has decided to choose for you what is essential and what is not, banning the sale of non-essential items at stores like Target, Walmart, and Costco.

The Agency of Commerce and Community Development (ACCD) is directing large “big box” retailers, such as Walmart, Target and Costco, with in-store sales of food, beverage and pharmacy, as well as electronics, toys, clothing, and the like to cease in-person sales of non-essential items in order to reduce the number of people coming into the stores.

Eyes Wide Open: Will the ‘Masters of the Universe’ Notice No One Takes Them Seriously Anymore? by Alastair Crooke

Governments were not really maintaining any kind of normal before the abnormal coronavirus outbreak. There’s no chance then, that they’ll be to restore normalcy after the outbreak. From Alastair Crooke at strategic-culture.org:

The intrusion of some wholly extraneous event – like a pandemic – into any given status quo doesn’t necessarily break it, in and of itself. But it exposes cruelly the shortcomings and workings of the existing status quo. It shows them, as not just stark naked, but also with its dark backstage of barely legal, dole-outs to business, and Wall Street friends, suddenly spotlighted.

Fyodor Dostoevsky sets out in The Brothers Karamazov an allegory that can be applied to our times, but was set in Seville, in the most terrible time of the Inquisition, when fires were lighted every day to the glory of God (rather than today’s ‘glory to Mammon’), and in that splendid auto da fé, when wicked ‘heretics’ were burnt alive. It was published in 1880.

Into this city an entirely extraneous (shall we say non-human) event occurs, that deeply unsettles society: Citizens are suddenly snatched-up from their humdrum daily slog to see the status quo afresh – but now with eyes wide open.

END_OF_DOCUMENT_TOKEN_TO_BE_REPLACED

Looks like SLL isn’t the only one out there who thinks the coronavirus cure will be far worse than the disease. From Tyler Durden at zerohedge.com:

Infamous for his painful but ultimately profitable “big short” bet against mortgage-backed securities during the 2008 financial crisis, Michael Burry, the doctor-turned-hedge-fund-manager has been on a multi-day Twitter rant claiming that the lockdowns intended to contain the COVID-19 pandemic are worse than the disease itself. 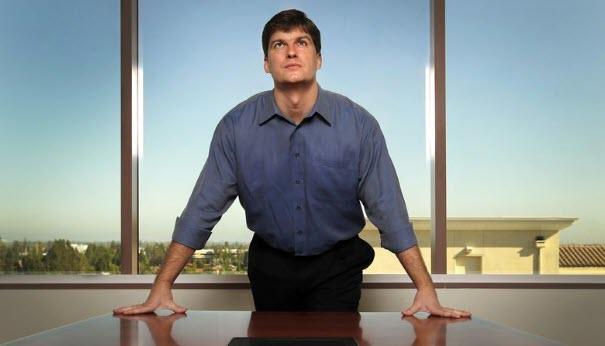 Echoing the thoughts of many, Burry opined in a series of tweets over the past two weeks that the government-enforced lockdowns and business shutdowns across America may trigger one of the country’s deepest-ever economic contractions, and further still, are not necessary to contain the epidemic (on March 22nd).

COVID-19 policy cannot be settled by CYA politicians career ID docs. Too much hammer/nail and too little common sense.

POTUS must reflect the interests of the working class and small business here – the economy cannot crash 30% to save the 0.2%.

If COVID-19 testing were universal, the fatality rate would be less than 0.2%.

This is no justication for sweeping government policies, lacking any and all nuance, that destroy the lives, jobs, and businesses of the other 99.8%.

Prepare To Have Your Worldview Obliterated, by Caitlin Johnstone

You can be sure the steps being taken to obliterate what remains of your rights have been a long time in the making, just like the Patriot Act. From Caitlin Johnstone at medium.com:

The first draft of the civil rights-eroding USA PATRIOT Act was magically introduced one week after the 9/11 attacks. Legislators later admitted that they hadn’t even had time to read through the hundreds of pages of the history-shaping bill before passing it the next month, yet somehow its authors were able to gather all the necessary information and write the whole entire thing in a week.

This was because most of the work had already been done. CNET reported the following back in 2008:

“Months before the Oklahoma City bombing took place, [then-Senator Joe] Biden introduced another bill called the Omnibus Counterterrorism Act of 1995. It previewed the 2001 Patriot Act by allowing secret evidence to be used in prosecutions, expanding the Foreign Intelligence Surveillance Act and wiretap laws, creating a new federal crime of ‘terrorism’ that could be invoked based on political beliefs, permitting the U.S. military to be used in civilian law enforcement, and allowing permanent detention of non-U.S. citizens without judicial review. The Center for National Security Studies said the bill would erode ‘constitutional and statutory due process protections’ and would ‘authorize the Justice Department to pick and choose crimes to investigate and prosecute based on political beliefs and associations.’

Biden’s bill was never put to a vote, but after 9/11 then-Attorney General John Ashcroft reportedly credited his bill with the foundations of the USA PATRIOT Act.

Constitution Dies Of Coronavirus, from The Babylon Bee

WASHINGTON, D.C.—According to sources at the National Archives, doctors rushed the United States Constitution to the hospital and were forced to hook the document up to a ventilator after it began having trouble breathing Sunday afternoon.

The document reportedly slipped into a coma en route to the emergency room and was in critical condition for many hours. Doctors confirmed the worst: the founding document of our nation was infected with the novel coronavirus. Finally, surrounded by one or two mourners, as most people in Washington abandoned it a long time ago, it slipped away Sunday night.

“Between both political parties constantly trampling all over the Bill of Rights and stretching and distorting the Constitution for political gain whenever it’s convenient, I just don’t know how much more abuse it could have taken,” said one doctor as he pronounced the Constitution’s time of death: 20:20, ironically.

The 232-year-old Constitution has had its share of health scares, nearly being killed in the 1860s, the 1930s and 40s, and the early 2000s, but medical experts say this last crisis was just more than it could take.

“It had many underlying conditions, of course, already being incredibly sick with Obamacare, Obergefell, Roe v Wade, the Patriot Act, and many more diseases,” said the doctor. “But it’s still sad to see this old boy pass on.”

The Constitution’s close relatives, including the Declaration of Independence, simply asked for Americans to send “thoughts and prayers” during this time of mourning.

Money Minus Value, No Limit, by Jim Kunstler

It looks like the US is going to have to live with the consequences of its myriad stupidities. From Jim Kunstler at kunstler.com:

You understand, there will be no meaningful resuscitation of the dear, departed, so-called greatest boom in history. Ponzi schemes don’t “bounce back,” they collapse for the simple reason that the pieces holding them up were not really there. Such are the unanticipated consequences of a media over-saturated culture that we were so easily deceived by appearances.

The emotions entrained by this implacable disaster have barely expressed themselves in the social arena. The public is still too shell-shocked by the prospect of losing everything ­– jobs, incomes, status, chattels, a future – to commence what the shrinks call “acting out.” Anyway, half the country is still acting out over the election of Mr. Trump three years ago.

But, for the moment, an interesting debate rages internationally as to whether the Covid-19 virus was some kind of engineered event designed to bring about various political outcomes. One thread declares that the Democratic Party, its media handmaidens, and a helpful Chinese leadership used the virus to blow up the US economy and finally, after several botched attempts, get rid of the vexing Mr. Trump. It’s a tidy story, but I don’t buy it, for the simple reason that the entire global economy has blown up, including China’s, so you can file that meme in the Wile E. Coyote folder.