“Crunch Time” Arrives And… Was Everyone Wrong About The Coronavirus? by Tyler Durden

The predicted spike in coronavirus fatalities isn’t happening. From Tyler Durden at zerohedge.com:

One week ago, when looking at the growing divergence between the number of new coronavirus cases in the US and shrinking number of fatalities, we referred to Nordea’s strategist Andreas Steno Larsen, who observed that “we are entering “crunch time” on fatalities since they should start to rise in early July given the lead/lag structure versus new cases.”

As Larsen further predicted, “if fatalities don’t spike early in July, then people will conclude that it’s probably spreading amongst a part of the population that is not as sensitive, or that it is a resulted of increased testing or that the virus has become less deadly as we move into the summer months. Governors in Texas, California and Florida seem to have concluded that the below correlation holds, but the jury is still out.”

His conclusion was that “the next 6-10 days will be crucial.”

Well, one week later, we decided to follow up on the current status and… there is still no spike in fatalities at either the federal level… 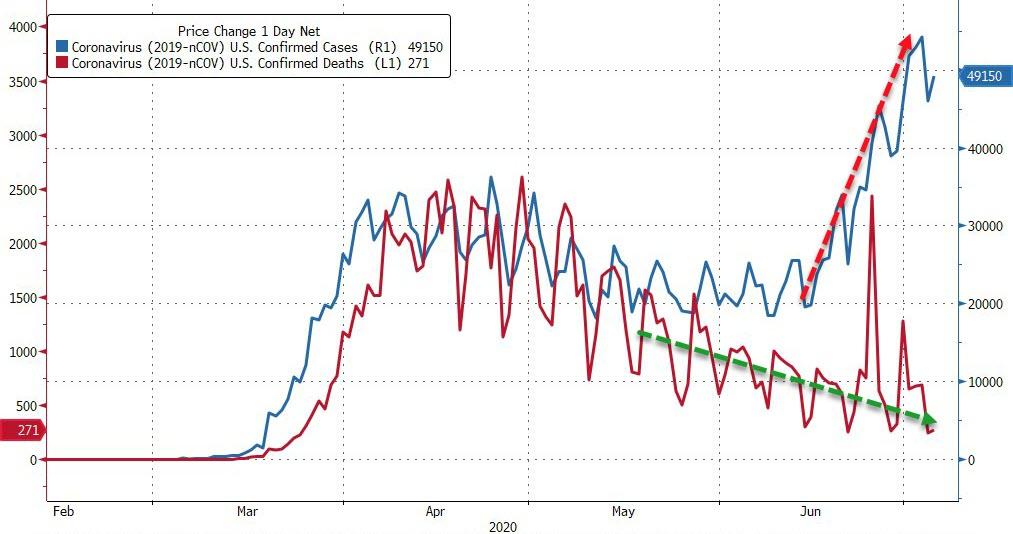 … or even state level as can be seen in the Florida cases vs deaths chart below: 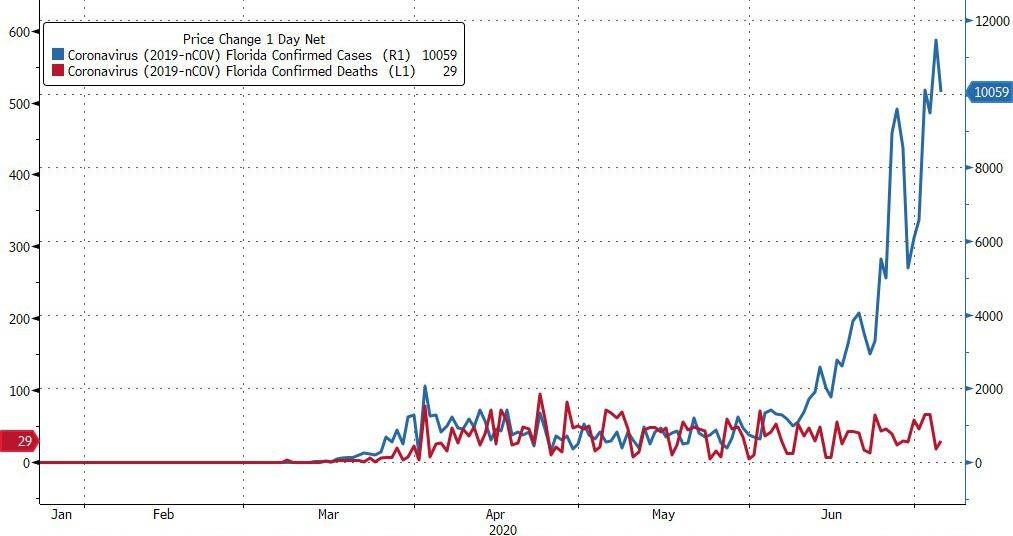 Meanwhile, as cases appear to be plateauing in several states, not only are deaths not inflecting higher but are at the lowest level since March.

This entry was posted in Government, Medicine, Science and tagged Covid-19 death rates. Bookmark the permalink.

One response to ““Crunch Time” Arrives And… Was Everyone Wrong About The Coronavirus? by Tyler Durden”