Did Neocon ‘Cancel Queen’ Stage NYT Exit to Fuel Her Next Move? by Max Blumenthal and Ben Norton

SLL posted Bari Weiss’ resignation letter to the NY Times, but as with most stories there are at least two sides to this one. From Max Blumenthal and Ben Norton at consortiumnews.com:

A closer look at Bari Weiss’ resignation suggests she omitted critical details about her toxic presence at the paper, and may have staged her resignation to publicize her next move, write Max Blumenthal and Ben Norton. 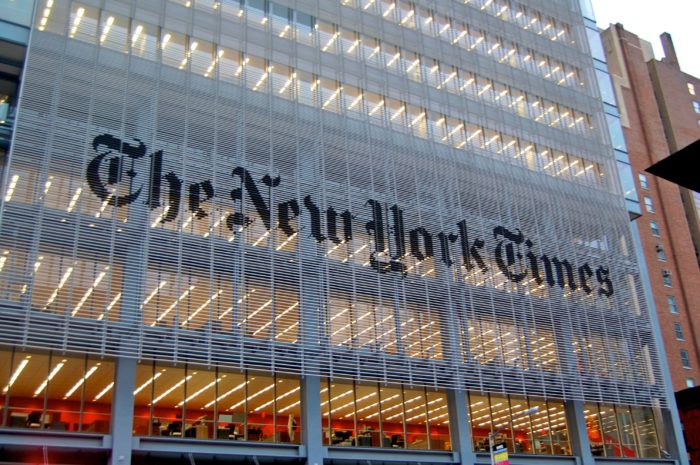 Neoconservative New York Times columnist Bari Weiss quit the newspaper on July 14. In a resignation letter published on her personal website, the pundit lamented a supposed “illiberal environment” at the publication in which Weiss’ colleagues mocked her right-wing views, supposedly called her “a Nazi and a racist,” and branded her a “liar and a bigot.”

Weiss’ unexpected departure came days after the hawkish columnist signed a letter in Harper’s Magazine lamenting an “intolerance of opposing views” and demanding an “open debate” in the U.S. media.

The signatories complaining of a “censoriousness” environment included architects of disastrous U.S. military interventions, anti-Palestinian fanatics, and some of the most powerful people in the media, including many who have spent decades censoring anyone to the left of them – and even attempting to cancel entire countries.

But there may have been more to Weiss’ dramatic resignation than her revulsion with the “illiberal” culture of a paper that had recruited her and several neocon allies. A closer look at the events surrounding her departure suggests she likely omitted some critical details about her toxic presence inside the paper, and may have staged her resignation to drum up publicity for her next move.

One response to “Did Neocon ‘Cancel Queen’ Stage NYT Exit to Fuel Her Next Move? by Max Blumenthal and Ben Norton”