The Corporate Media’s Shameful Ignoring of Riots and Looting, by Neil Patel

If some group with a “right-wing” label started a riot, it would be the story 24/7 for at least a month in the mainstream media. Left-wing riots? Move along here, nothing to see. From Neil Patel at dailysignal.com: 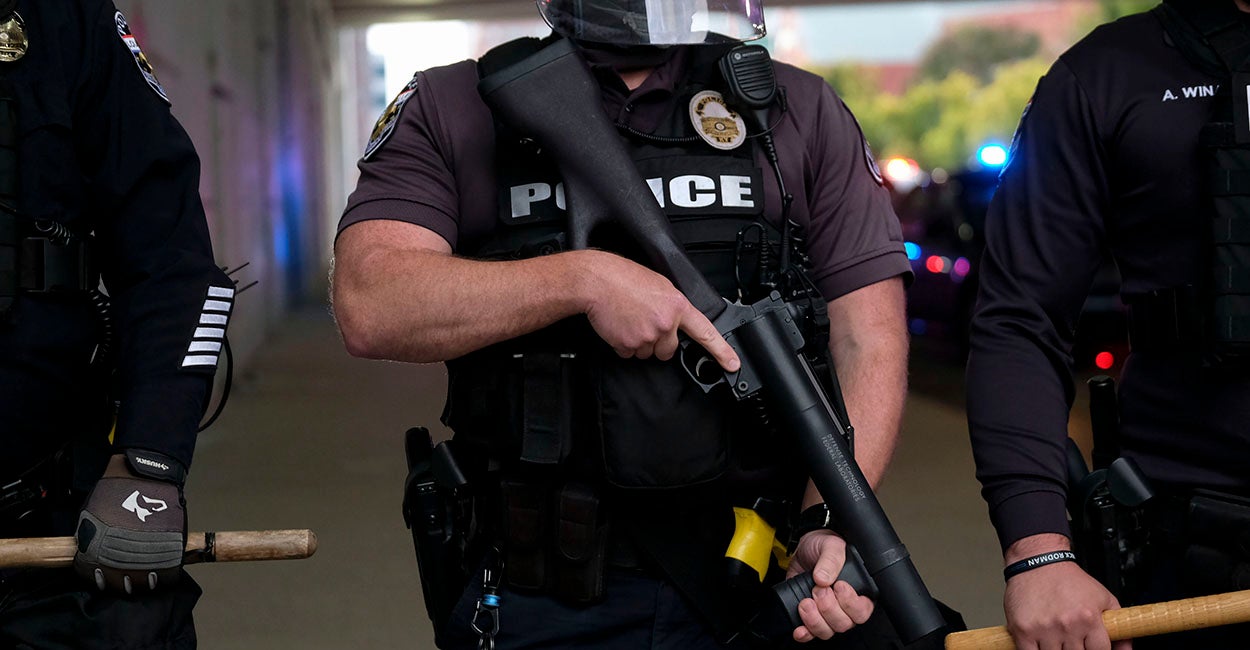 Police officers in riot gear form a line in the Bourbon District on a third day of protest over the lack of criminal charges in the police killing of Breonna Taylor and the result of a grand jury inquiry in Louisville, Kentucky, Sept. 25. (Photo: Jeff Dean/AFP/Getty Images)

The downtowns of numerous American cities have been burned up. Government buildings have been attacked. Private businesses have been destroyed. And people have even been killed. This has been happening off and on now for many months. And—perhaps most amazing and horrifying of all—the news media has decided to largely ignore it.

Detailed coverage would undercut the “mostly peaceful” narrative that many want to cling to. When things get really out of control, the corporate media is forced to report on them in summary fashion, but they have largely abandoned the day-to-day, on-the-ground reporting they would do in virtually any other circumstance. Reporting of that sort is coming from a relatively small number of independent publishers, none more than my own publication, the Daily Caller.

The Daily Caller has sent reporters to every hot spot in America, from Washington, D.C., to Seattle, to Portland, Oregon, and Kenosha, Wisconsin. The fact that this medium-sized news outlet has more gruesome footage of what’s really going on in our streets than huge corporate media outlets should scare the hell out of you.

The corporate media’s choice to largely ignore this coverage is, in essence, a decision to distort reality. In the face of this vacuum, we have been filling the void.

Our reporters are in the middle of many dangerous riots, and they are there with only one goal: Tell the truth about what they are seeing.

This entry was posted in Uncategorized and tagged Mainstream media, Riots. Bookmark the permalink.