This would also tend to support the many doctors who have said Vitamin D (the sunshine vitamin) can prevent Covid or dramatically reduce the severity of symptoms for those who get it. From Tyler Durden at zerohedge.com:

As it turns out, President Trump might have been on to something last spring when he rambled during a press conference about the possibility that “sunlight” could be leveraged to destroy the virus.

Research recently published by a team of academics at UC Santa Barbara found that the coronavirus is “inactivated” by sunlight as much as 8x faster than “current theoretical modelling” had anticipated. UC Santa Barbara assistant professor of mechanical engineering Paolo Luzzatto-Fegiz analyzed studies exploring the effects of different forms of UV radiation on SARS-CoV-2, and found a significant discrepancy, according to RT. 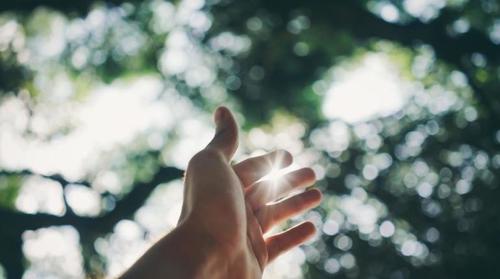 As with all electromagnetic radiation, UV falls on a spectrum. Longer-wave UVA reacts differently with parts of DNA and RNA than mid-range UV waves that are found in sunlight. These shorter-range waves can kill microbes and cause sunburns in humans. While short-wave UV radiation has been shown to deactivate viruses like SARS-CoV-2, light from this end of the spectrum is often deflected away from humanity by the Earth’s ozone lawyer.

But an analysis of various studies of how different types of UV light interacts with SARS-CoV-2 found that COVID should disintegrate even more quickly when exposed to summer sunlight, which features more short-wave radiation, one reason risk of contracting the virus outdoors during the summer is much, much lower than being indoors in the winter.

In practice, the team found that “inactivation” of virus particles rendered in simulated saliva was more than 8x faster than scientists believed in conditions similar to summer sunlight.

This entry was posted in Medicine, Science and tagged Covid-19, Sunlight. Bookmark the permalink.