The Evil America Does Is the Evil It Gets, by Chris Hedges

As ye sew, so shall ye reap. From Chris Hedges at consortiumnews.com:

The hijackers who carried out the attacks on 9/11, like all radical jihadist groups in the Middle East, spoke to the U.S. in the murderous language it taught them. 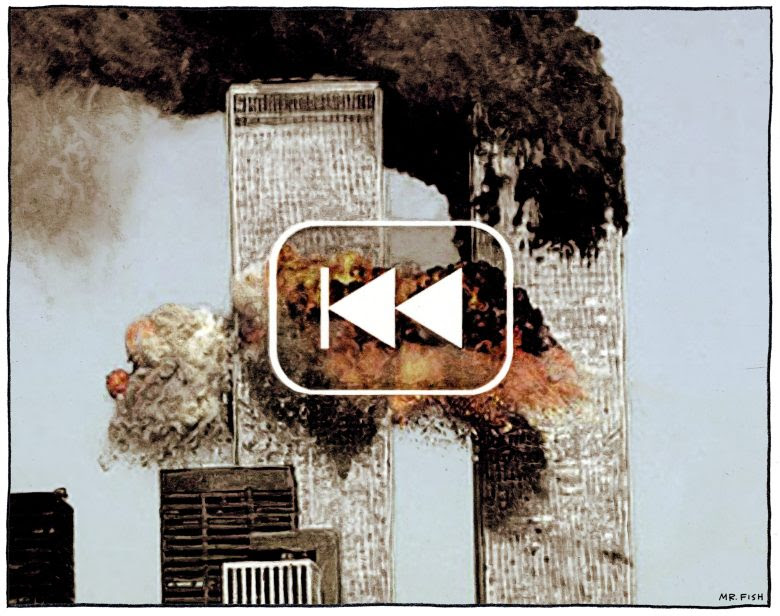 I was in Times Square in New York City shortly after the second plane banked and plowed into the South Tower. The crowd looking up at the Jumbotron gasped in dismay at the billowing black smoke and the fireball that erupted from the tower.

There was no question now that the two attacks on the twin towers were acts of terrorism. The earlier supposition, that perhaps the pilot had a heart attack or lost control of the plane when it struck the North Tower seventeen minutes earlier, vanished with the second attack.

The city fell into a collective state of shock. Fear palpitated throughout the streets. Would they strike again? Where? Was my family safe? Should I go to work? Should I go home? What did it mean? Who would do this? Why?

The explosions and collapse of the towers, however, were, to me, intimately familiar. I had seen it before. This was the familiar language of empire.  I had watched these incendiary messages dropped on southern Kuwait and Iraq during the first Persian Gulf War and descend with thundering concussions in Gaza and Bosnia. The calling card of empire, as was true in Vietnam, is tons of lethal ordnance dropped from the sky.

The hijackers spoke to America in the idiom we taught them.