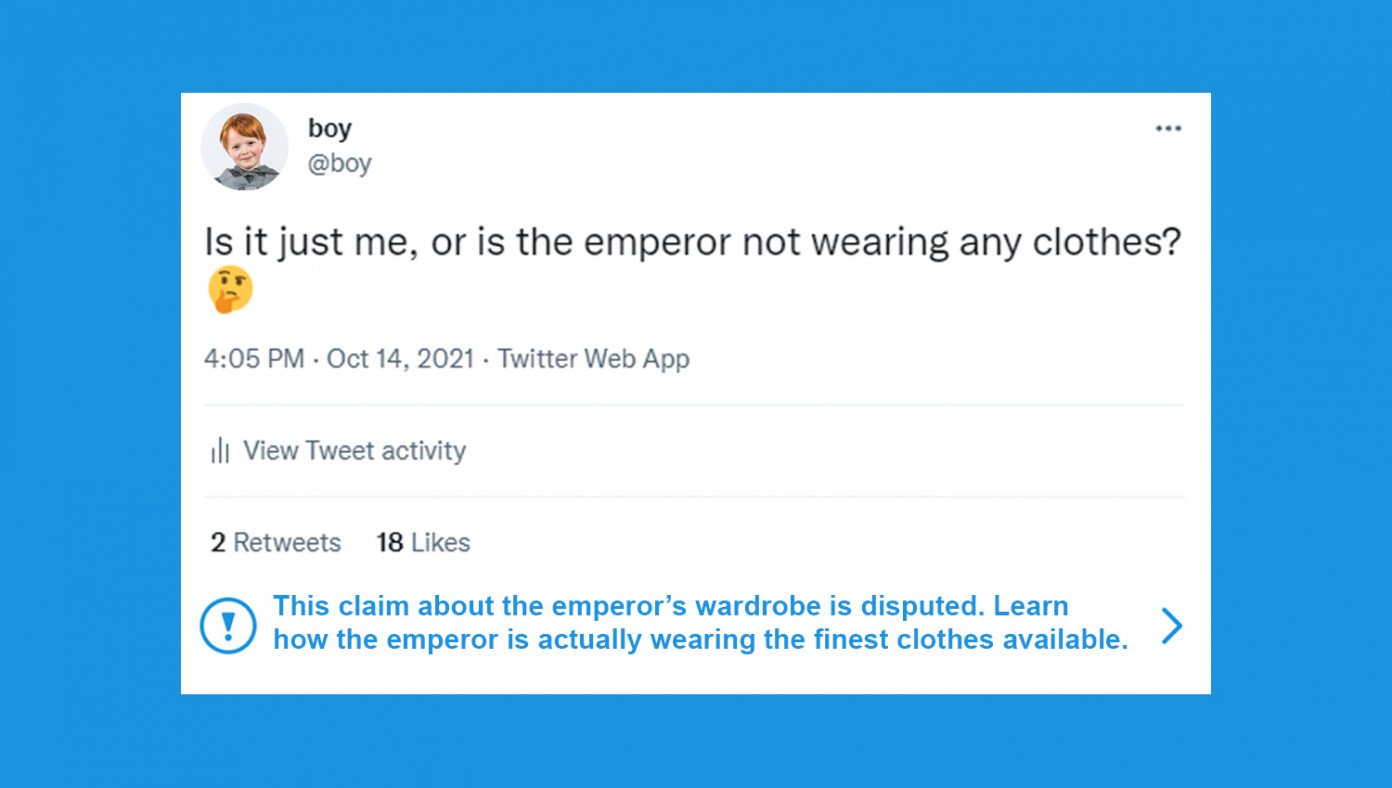 U.S.—Twitter, Facebook, YouTube, TikTok, and Instagram have all confirmed they have banned a young peasant child from their social networks after he pointed out that the emperor has no clothes.

The brouhaha started after God-Emperor Joseph I showed off his new wardrobe at a press conference this morning. The press reported his fashion was “impeccable” and that he looked like an “even hotter George Clooney,” but some far-right extremists said that he was actually naked.

“Is it just me, or is the emperor not wearing any clothes?” the boy posted on his social media accounts Thursday. Censors worked quickly, flagging his tweet with a warning that it was potentially harmful misinformation. Snopes fact-checked his claim and found that it was “mostly false,” as the emperor was wearing socks. CNN dug into his old tweets and found that he tweeted that his best friend Castellan was a “booger head” two years ago.

He made his case for the emperor actually being completely naked on his Parler account, prompting Amazon to immediately take down all of Parler. The IRS is also looking into his accounts as he had over 600 copper pieces in his satchel, and the FBI is going after him as he had a castle Lego set at his home, causing some to wonder if he was going to attack the emperor’s castle and cause an insurrection.

Meanwhile, the emperor, who is very old and mostly stays in the castle dungeon eating ice cream, had his spokesperson, Lady Jen Flocky, address the controversy. “Hear ye! Hear ye! The emperor is wearing the finest clothes, I assure you all,” she said. “By his majesty’s royal decree, anyone who says otherwise will be thrown into the alligator pit

This entry was posted in Humor, Media and tagged Emperor has no clothes. Bookmark the permalink.