The Babylon Bee’s Top Predictions For 2022 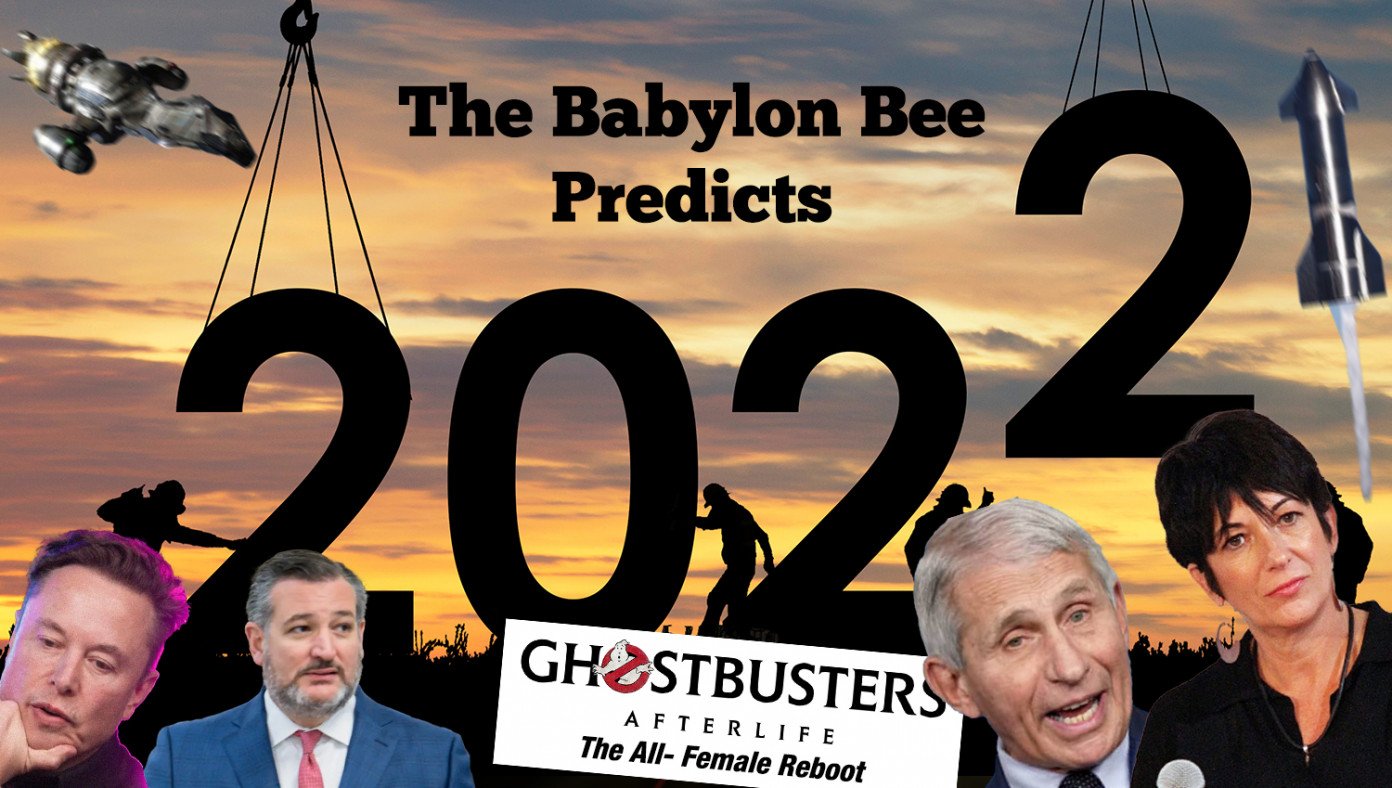 It’s that time of year again—when the infallible prophets at The Babylon Bee tell you what will happen in the next year with 100% accuracy! Will 2022 be better than this year? You decide!

Here is a definitive list of things that will happen in 2022:

January 21 – Men break every record ever held by women

March 25 – Meat is outlawed, replaced with delicious bugs instead

May 10 – Firefly renewed for 12 new seasons. Unfortunately, it’s written by the writers of the 2nd season of Ted Lasso

October 11 – Ted Cruz finally gets to spend a week Cancun

December 25 – Christmas will occur on this day

This entry was posted in Humor and tagged 2022. Bookmark the permalink.