Media Says Spike In Myocarditis May Be Linked To Ukraine Crisis 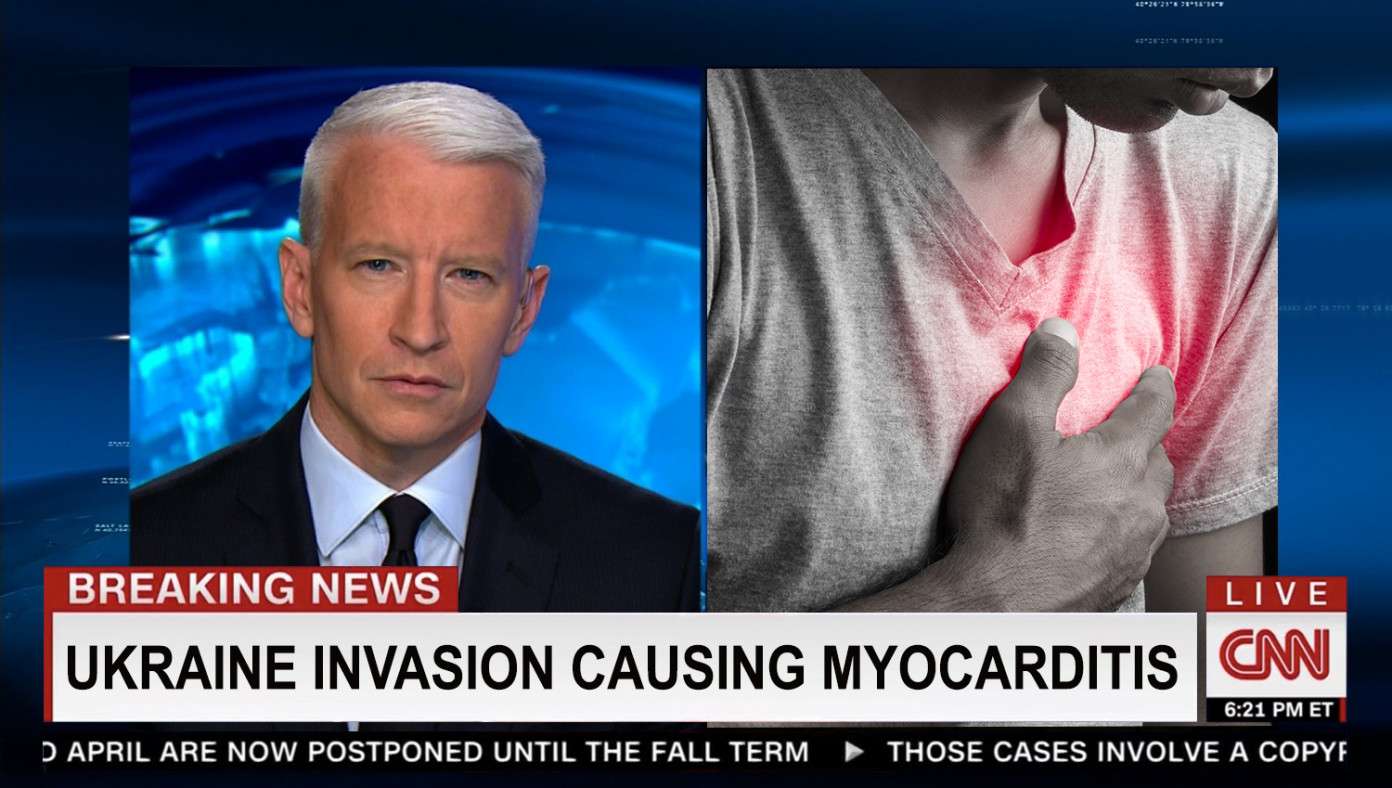 U.S.—Thousands of people across the US have been diagnosed with some form of myocarditis, a potentially deadly but rare inflammation of the heart muscle. Media reports say the dramatic spike in cases may be linked to the Ukraine crisis.

“Correlation does not equal causation,” said CNN anchor Anderson Cooper. “But this time it may. The nation is currently reeling from an uptick in myocarditis cases as Russia invades Ukraine. Honestly, we really can’t think of anything else in the world that could possibly be causing this.”

According to sources, Cooper had invited Dr. Fauci on the program but couldn’t get a hold of him because he’d also been diagnosed with myocarditis.

Rachel Maddow of MSNBC also noted the striking correlation. “As Ukrainians fight for their homeland, are they also suffering from myocarditis?” she said on her program. “It’s certainly the case with Americans. Are we, as a nation, so sympathetic for Ukraine’s cause that our hearts are literally breaking? This random nuclear scientist says ‘yes.'”

Though an enlarged heart from myocarditis is not technically the same as a broken or ruptured heart, it remains the consensus of media reporting that Russia is directly responsible for the failing health of vaccinated Americans, though medical professionals have thus far disagreed with the notion.

CNN’s Don Lemon agreed that myocarditis was certainly related to Ukraine, but did propose another possibility. “There’s also an alarming correlation between myocarditis and high gas prices that we simply cannot overlook. Could our hearts be enlarged by climate change?”

This entry was posted in Humor, Medicine, War and tagged Myocardits. Bookmark the permalink.