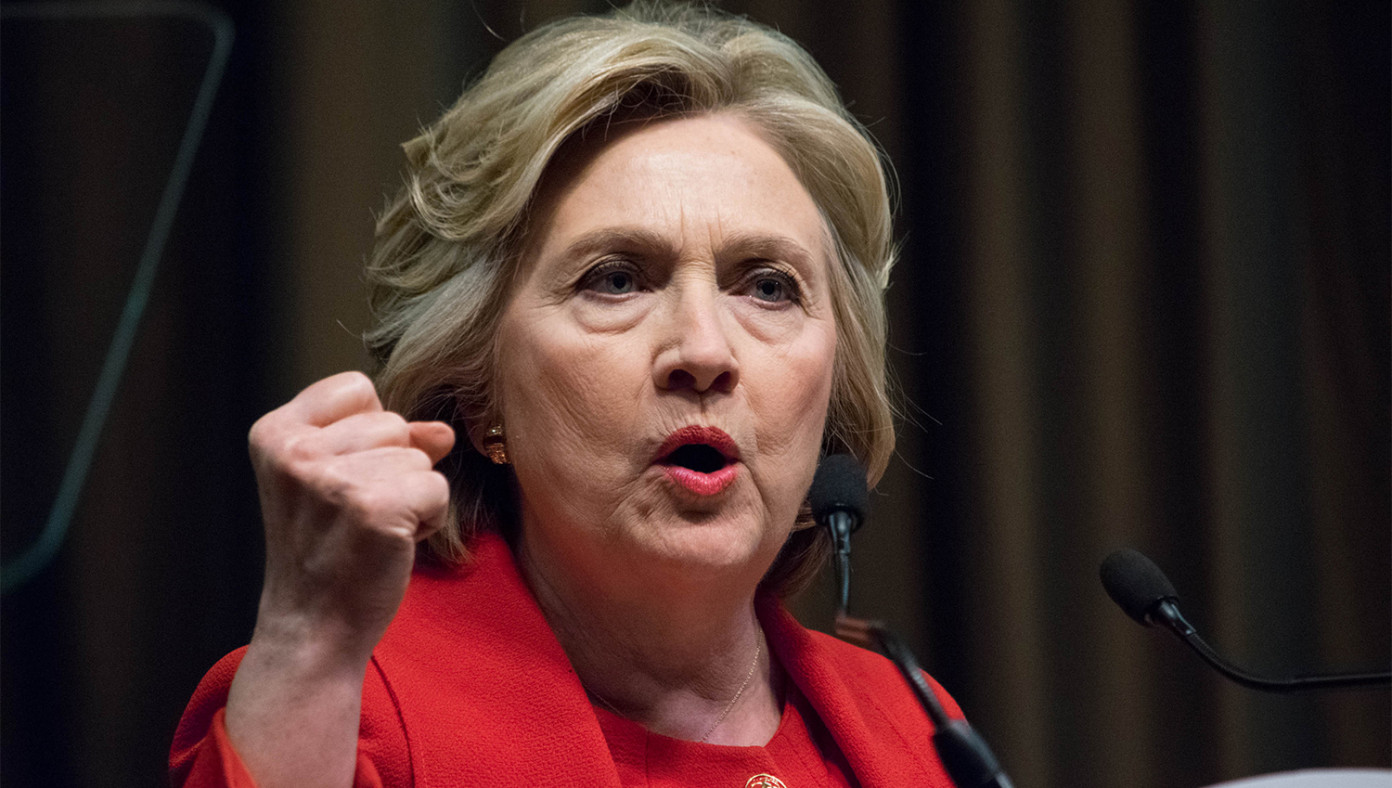 WASHINGTON, D.C.—Beloved feminist icon and 2024 presidential hopeful Hillary Clinton has announced she will be joining efforts to halt Russian aggression. Starting this week, she has promised to stop importing dossiers from Russia.

“For a long time, I have relied on Russian intelligence as a prime source for phony dirt on my political opponents,” said Clinton as she adjusted the scope on her high-powered sniper rifle. “Starting today, I will refuse to import my disinformation or even my hitmen from Russian sources—that is, unless it’s absolutely necessary.”

Sources in Russia say this will cost the Russian economy over 3,000 jobs, which were previously filled with people working full-time writing phony dossiers for Hillary Clinton. In a statement, President Putin said he was sad to see his close, longtime relationship with Clinton going south. “I thought that big red reset button meant something to you!” he said.

For the time being, the Clintons have committed to buying their disinformation only from domestic sources like The Washington Post.

This entry was posted in Humor, War and tagged Hillary Clinton, Russia. Bookmark the permalink.