The Sanction Backlash Will Push The ‘West’ To Accept Russia’s Demands, by Moon of Alabama

Did anyone in Western governments give even a moment’s thought to what the blowback from sanctions might be? From Moon of Alabama at moonofalabama.org:

For years the U.S. committed policies that have left a lot of countries grumbling. Now, as the U.S. needs support to milden the consequences of ‘punishing’ Russia, those policies come back to bite. So will the secondary effects of sanctions the ‘west’ has imposed on Russia.

Today one report calls news of US controlled bio-weapon laboratories in Ukraine a ‘debunked conspiracy’ while other news says that Under Secretary of State Victoria Nuland tells Senators that she is very concerned that ‘research materials’ from these laboratories could fall into Russian hands. If the ‘research material’ is not weapon grade why is she concerned about it?

That does not fit well with the ongoing anti-Russian propaganda campaign.

Nor do these maps.

The first shows the countries which banned Russian airplanes from their airspace. Russia in turn denied its airspace to operators from those countries. It will cost quite a bit for U.S. and EU airlines as their flight times and cost to and from Asia, which typically fly through Russian airspace, will now increase. Carriers from Asian countries will now easily out-compete U.S. and European airlines on these routes. 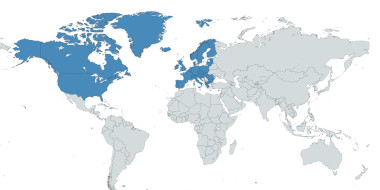 It does not look like ‘the world’ or the ‘international community’ is backing the ‘west’. 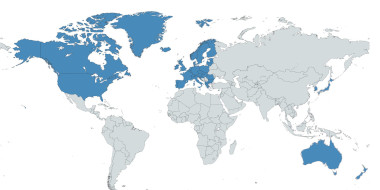 biggerThe U.S. also sanctioned all imports of oil products from Russia. President Biden has blamed Russia for the price increase that will inevitably follow. I don’t believe that mid-term voters will accept that reasoning. European countries can not follow that step as their economies depend of imports of oil and gas from Russia and will continue to do so for years to come.