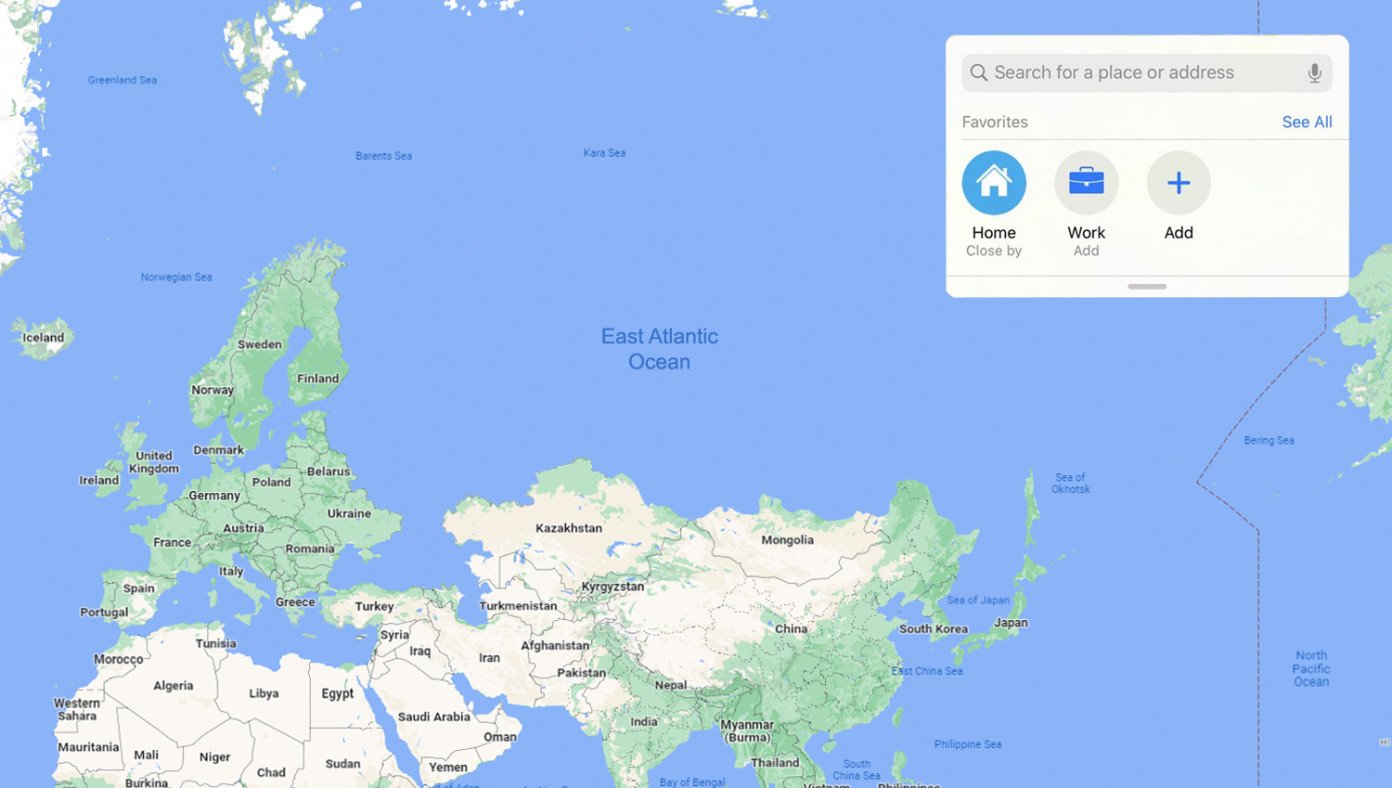 CUPERTINO, CA—In an unprecedented effort to put additional pressure on Russia, Apple Inc. has announced they will be removing the entire country from Apple maps.

“As far as we’re concerned, Russia no longer exists on our detailed map of the entire world,” said CEO Tim Cook from his vacation home in Beijing. “And if Apple Inc. says you don’t exist, then you don’t exist! Russia is now the East Atlantic Ocean. Take that, Russia!”

Other tech companies are following suit, with Facebook and Twitter also blocking access in Russia. DoorDash and Uber Eats are still active, but will only allow for the delivery of Burger King. Even Roblox has restricted access to their online world to anyone with a Russian-sounding last name.

Any travelers using Apple maps in Russia will be told to drive in a straight line through the East Atlantic Ocean until they reach Asia or a NATO country while the voice navigator relentlessly insults Vladimir Putin.

Cook has promised to restore the country of Russia to Apple maps once Putin ceases his aggression, or when WEF Chairman Klaus Schwab gives him permission to—whichever comes first.

This entry was posted in Humor, War and tagged Apple, Russia. Bookmark the permalink.