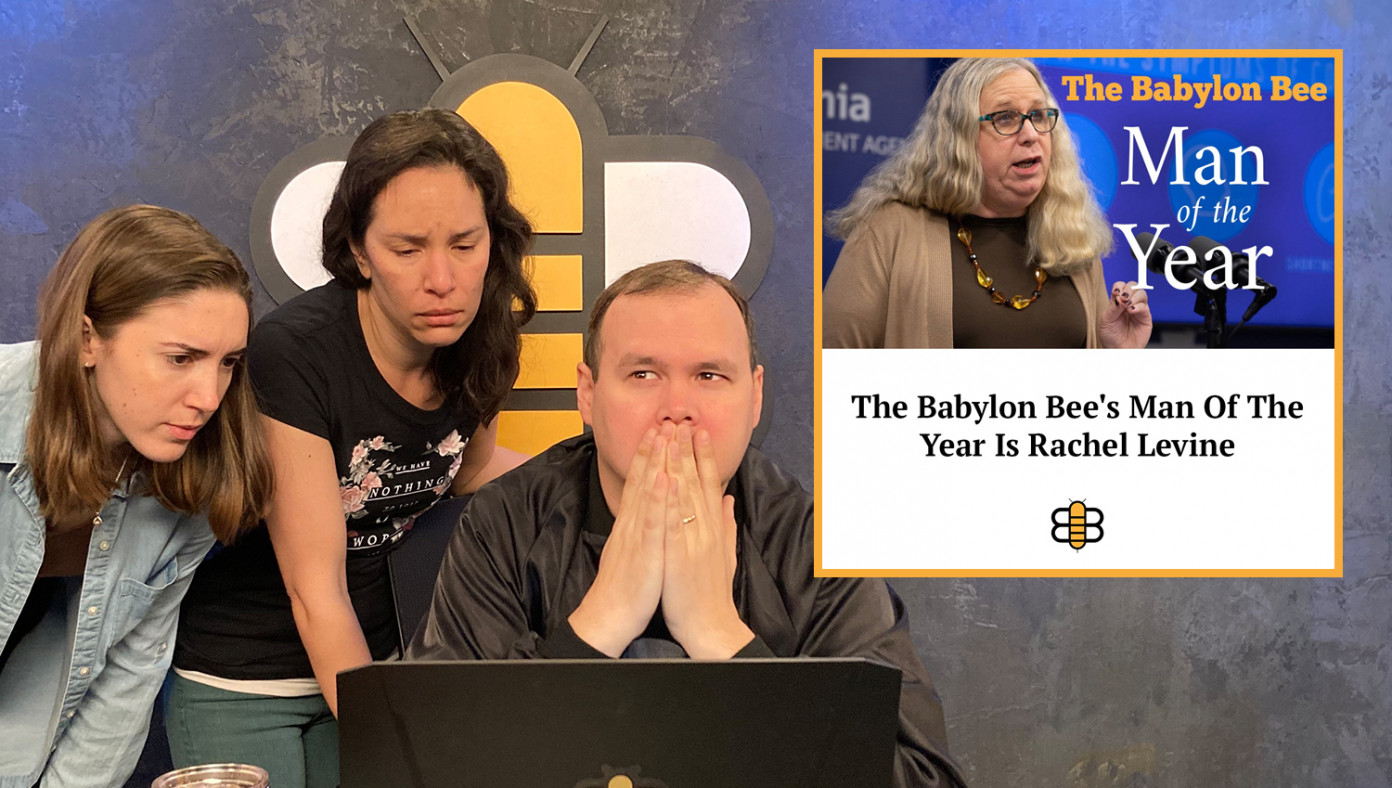 U.S.—Twitter dealt a devastating blow to The Babylon Bee yesterday after banning them from telling transgender jokes, which is one of the only two jokes they know.

“Guys, what are we going to do?!” cried Editor-in-Chief Kyle Mann while pacing back and forth. “Those ‘man-identifies-as’ jokes represent almost all our material! We’re finished! FINISHED, I tell you!”

The assembled writing team collectively racked their brains to try and come up with a new joke, but could only come up with jokes about youth pastors and potluck dinners, which is already their first joke.

“Come on guys, THINK!” said the Bee’s Managing Editor Griswold Dingleberry. “There’s gotta be something we can joke about! Has anyone ever made fun of airline food? What if we tell a joke about a rabbi and a priest walking into a bar? Has that been done?”

“I know, I know!” said another writer. “What if we had a man identify as an… attack helicopter? Darnit, that’s the same joke again!”

Experts warn that unless they come up with a new joke, The Babylon Bee could potentially lose its status as the all-time king of marginally acceptable satire.

Leadership at the company warned their workers that if they don’t come up with a new joke soon, they may have to bring back founder Adam Ford to turn things around.

This entry was posted in Humor and tagged The Babylon Bee. Bookmark the permalink.