The Lie of American Innocence, by Chris Hedges

Since World War II the U.S. has been more sinning than sinned against. From Chris Hedges at consortiumnews.com:

U.S. hypocrisy on war crimes makes a rules-based world, one that abides by international law, impossible. 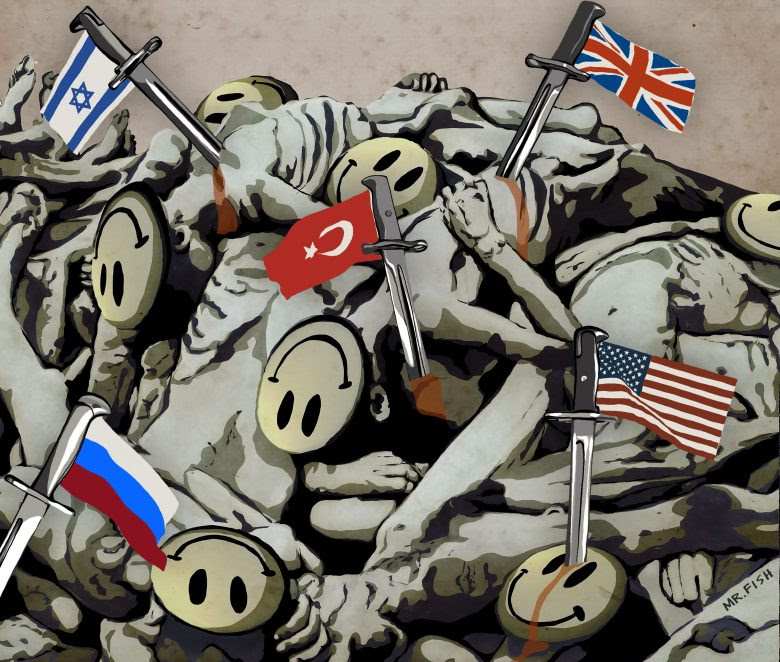 “Have a Nice Doomsday” (Original Illustration by Mr. Fish)

The branding of Vladimir Putin as a war criminal by Joe Biden, who lobbied for the Iraq war and staunchly supported the 20 years of carnage in the Middle East, is one more example of the hypocritical moral posturing sweeping across the United States.

It is unclear how anyone would try Putin for war crimes since Russia, like the United States, does not recognize the jurisdiction of the International Criminal Court in The Hague. But justice is not the point.

We know who our most recent war criminals are, among others: George W. Bush, Dick Cheney, Donald Rumsfeld, General Ricardo Sanchez, former CIA Director George Tenet, former Asst. Atty. Gen. Jay Bybee, former Dep. Asst. Atty. Gen. John Yoo, who set up the legal framework to authorize torture; the helicopter pilots who gunned down civilians, including two Reuters journalists, in the “Collateral Murder” video released by WikiLeaks. We have evidence of the crimes they committed.