Who Said It: Vice President Kamala Harris Or Elmo? 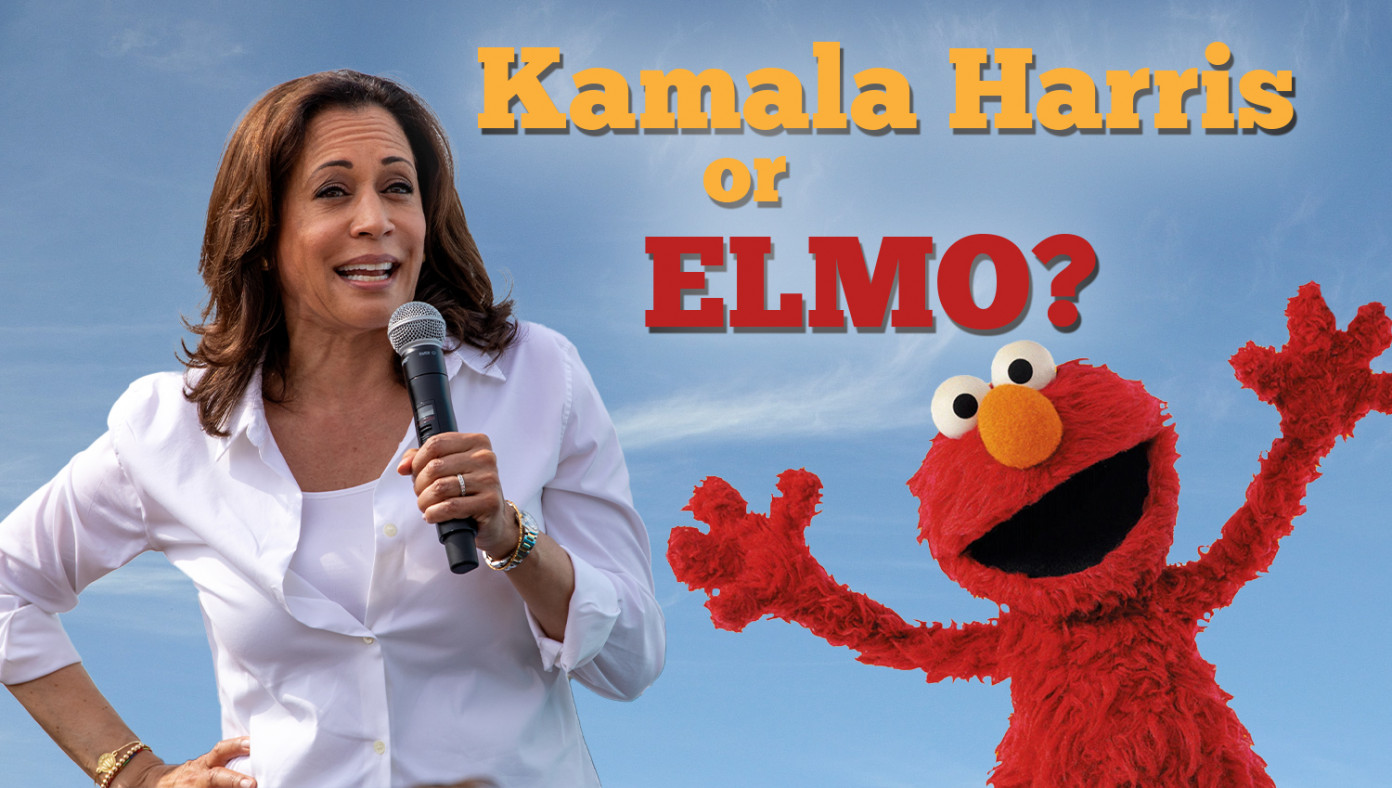 Test your knowledge below!

Answer: Elmo. Starting off with a challenging one.

Answer: Kamala. Surprisingly, this was not said by a muppet.

Answer: Elmo. You got it!

Quote: “Me love me blanky most in the whole world. Me sad if me blanky would go away. But if you lose your blanky, me give up my blanky for you, cause that’s how much me loves you.”

Answer: We’re actually not too sure about this one.

Quote: “As we all know elections matter. And when folks vote they order what they want and in this case, they got what they asked for.’

Answer: Kamala. Ok, that one was a gimmie.

Answer: Both. Incredibly both Kamala Harris and Elmo have said this exact quote!

Answer: Kamala. The adults are back in charge!

Quote: “When you feel like your nose needs to give an ahh-choo, this is how you act, this is what you do. Lift your arm on high, bend it towards your face, and sneeze right there in the bendy place.”

Answer: Elmo. Maybe that one was too tough. The next one will be easier.

Answer: Elmo. Whew. That one was tough.

Quote: “We have the ability to see what can be, unburdened by what has been. And then to make the possible actually happen.”

Answer: Kamala. Are we sure Elmo didn’t say this?

Quote: “Just based on what we’ve been able to see. And because we’ve seen it or not doesn’t mean it hasn’t happened. But just limit it to what we have seen.”

Answer: Kamala. Honestly, could have gone either way.

Did you get them all? If so, we’re impressed—assuming you didn’t cheat by consulting your toddler’s Tickle-Me-Elmo doll.

This entry was posted in Humor and tagged Kamela Harris. Bookmark the permalink.