‘Where Does Disney Get So Much Money To Push Its Leftist Agenda?’ Asks Man In Star Wars Shirt Eating $12 Mickey Mouse-Shaped Pretzel 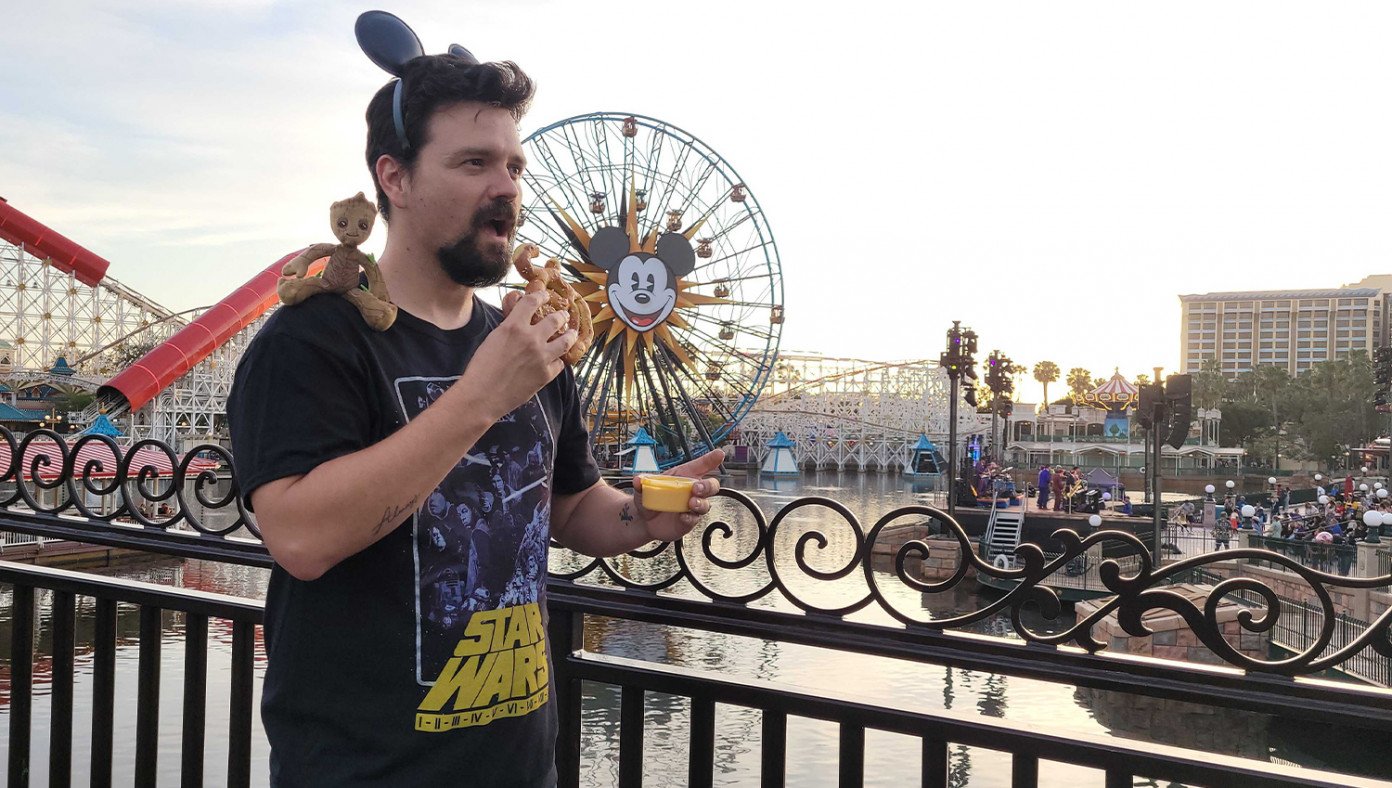 ANAHEIM, CA—According to sources, local conservative/libertarian-ish man Kyle McManus on Monday pondered how Disney has so much money, power, and cultural influence to push its leftist agenda. The man wondered these things as he stood on a bridge inside Disney’s California Adventure eating a $12 Mickey Mouse-shaped pretzel.

“I just don’t get how Disney keeps funding all these LGBTQ agenda-driven movies and shows,” said the man wearing a Star Wars T-shirt purchased for $36 at the World of Disney store. “We need to start fighting back to retake the culture, but it’s just so tough when Disney has so much funding.”

“I wonder where they get it all,” he mused as he looked out over the fountain display in front of the Pixar Pal-A-Round Ferris wheel while dipping his $12 Mickey Mouse-shaped pretzel into his $3 cup of cheese sauce. “It’s like they have unlimited money. Who on earth would fund this operation that keeps grooming our kids and pushing their radical agenda on us?”

“It must be George Soros,” he concluded as he wiped the cheese sauce from his face, adjusted his Groot Mini Magnetic Shoulder Plush ($18), and wandered off toward Disneyland in search of the new, limited-edition MSE-6 series repair droid popcorn bucket at one of the stands in Galaxy’s Edge, pausing first to adjust his $29.99 artificial leather Mickey Mouse ears.