For the record, I’ve never been banned from social media. Of course, other than a very brief stint on Facebook (I quickly discovered that I still didn’t like the people I didn’t like in high school), I’ve never been on social media. I regard it is as the most efficient and depressing way to waste time ever invented. And the thought of people “following” me gives me the willies. 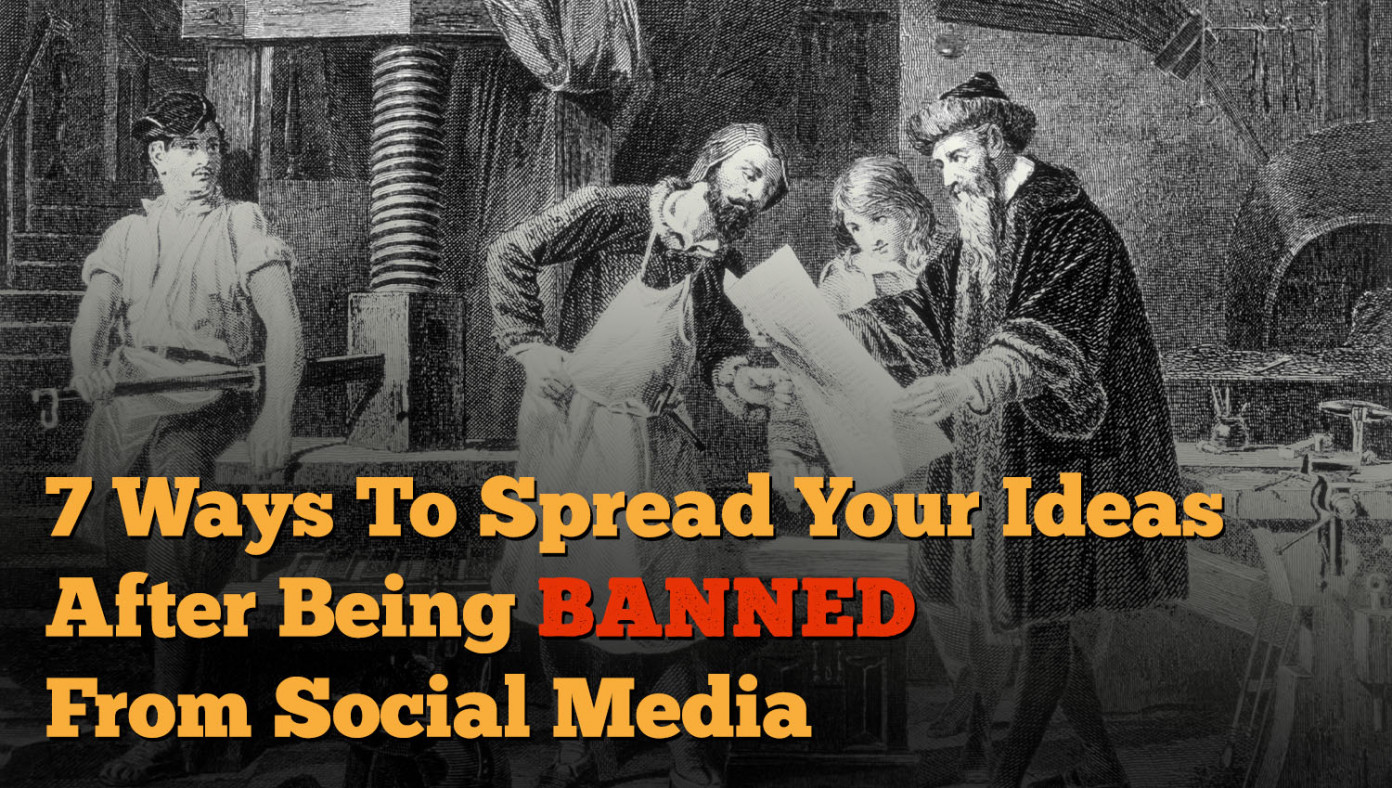 Oh no! You just got banned from your favorite social media platform for saying something pretty much everyone agrees with! You stinker.

When you are banned, and you will be, consider these seven great alternative ways to spread your ideas:

1) Become a multi-billionaire and enact a hostile takeover of Twitter: Ok, so this might only be feasible for one of you.

2) Tell your gossipy Aunt so in 3 days the whole world will know: 2 days, more likely.

3) Go into people’s dreams and plant an idea like they do in Inception: The most efficient way of controlling the narrative.

4) Smoke Signals: You could also get to know some Navajo Code Talkers and learn their ways.

5) Follow the Google Maps car with a stack of poster boards: It really works! Just be prepared to be taken waaaaaay out of context.

6) Become a serial killer and mail your ideas in a secret code to the police: The authorities will likely hold part of the message back from the public but at least the cops will know how much you support the current thing.

7) Become President so Twitter can’t ban you: They would never ban a sitting president of the United States. That’d be ridiculous!

This entry was posted in Horseshit, Humor, Media and tagged Social media bans. Bookmark the permalink.