The 10 Largest Nuclear Explosions Ever, Visualized, by Tyler Durden

The nuclear weapons the U.S. and Russia have now make the bombs that destroyed Hiroshima and Nagasaki look like children’s firecrackers. From Tyler Durden a zerohedge.com:

Just how powerful are nuclear explosions?

The U.S.’ Trinity test in 1945, the first-ever nuclear detonation, released around 19 kilotons of explosive energy. The explosion instantly vaporized the tower it stood on and turned the surrounding sand into green glass, before sending a powerful heatwave across the desert.

As the Cold War escalated in the years after WWII, the U.S. and the Soviet Union tested bombs that were at least 500 times greater in explosive power. In the infographic below, Visual Capitalist’s Mark Belan and Govind Bhutada compare the 10 largest nuclear explosions in history. 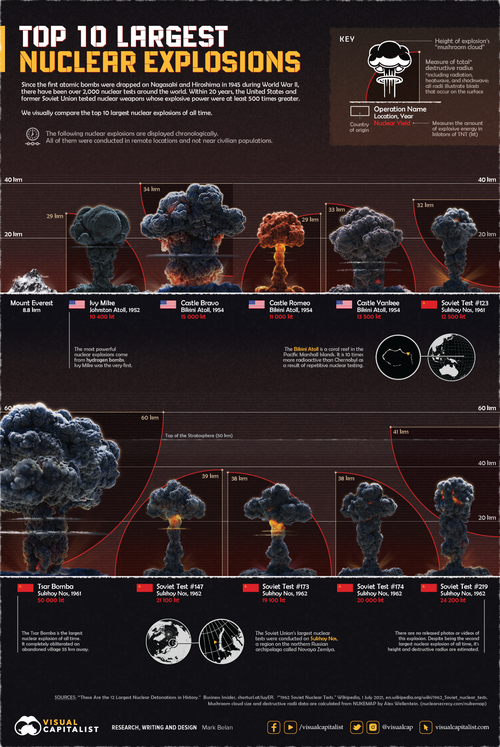