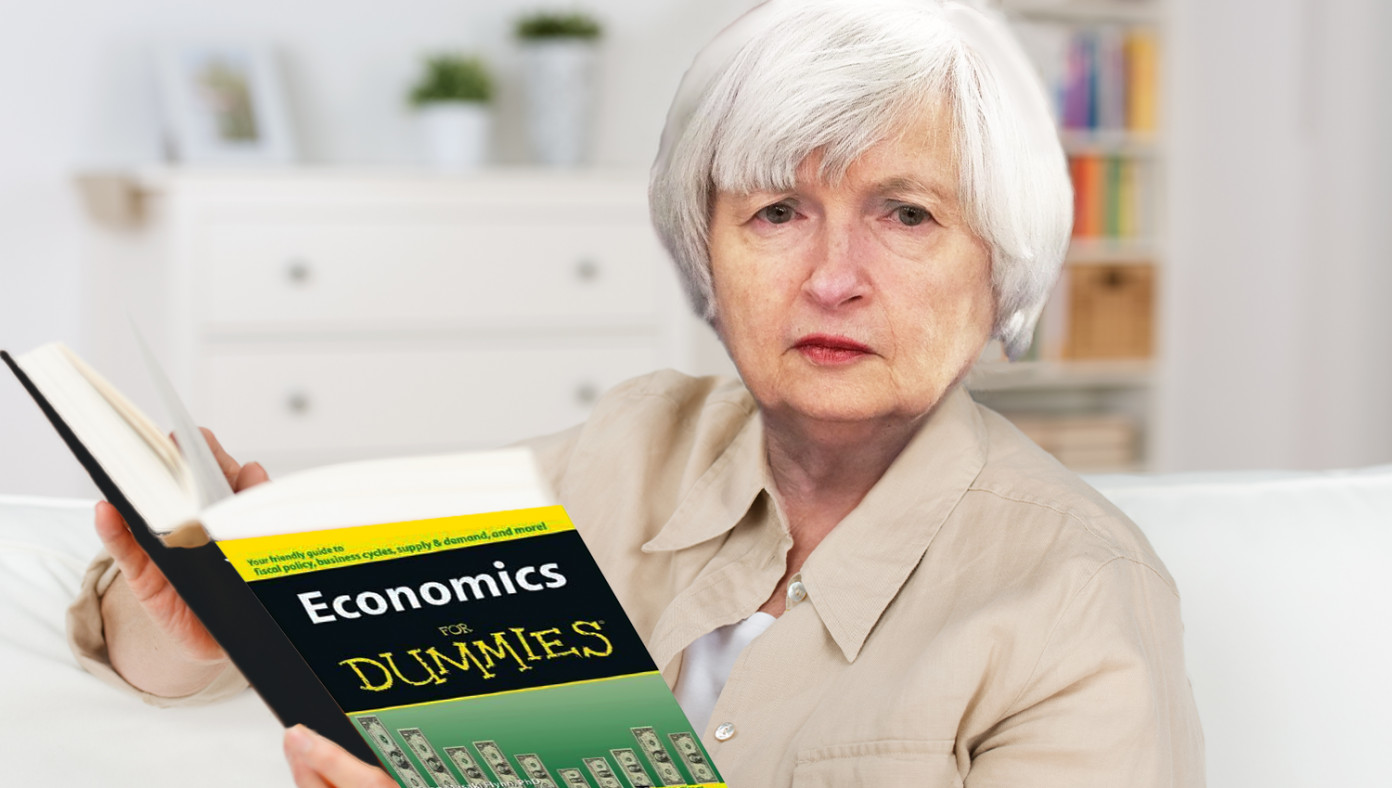 WASHINGTON, D.C.—After admitting on national television that she had not anticipated the intensity and length of America’s inflation pains, Treasury Secretary Janet Yellen was seen in her office poring over a copy of Economics for Dummies.

The secretary, hired for her brilliance in possessing a checklist of acceptable physical characteristics, has been praised for her renewed desire to understand how moneys work.

“Huh, I was way off when I said inflation risks were small and manageable,” Yellen was overheard muttering to herself while using a crayon to circle the book’s key principles about how money does not grow on trees. “My staff should read this brilliant work of economic genius once they’ve finished The Communist Manifesto.”

The Biden Administration reportedly stands by retaining Janet Yellen as Treasury Secretary, stating, with a snort, that replacing her with some white dude would throw off their very important gender diversity ratio.

At publishing time, Secretary Yellen had finished Economics for Dummies and, with a firm grasp on high school-level finance, fired her team of economic advisors, Mr. Magoo, Gonzo, and the Marx brothers.

This entry was posted in Economics, Humor and tagged Janet Yellen. Bookmark the permalink.