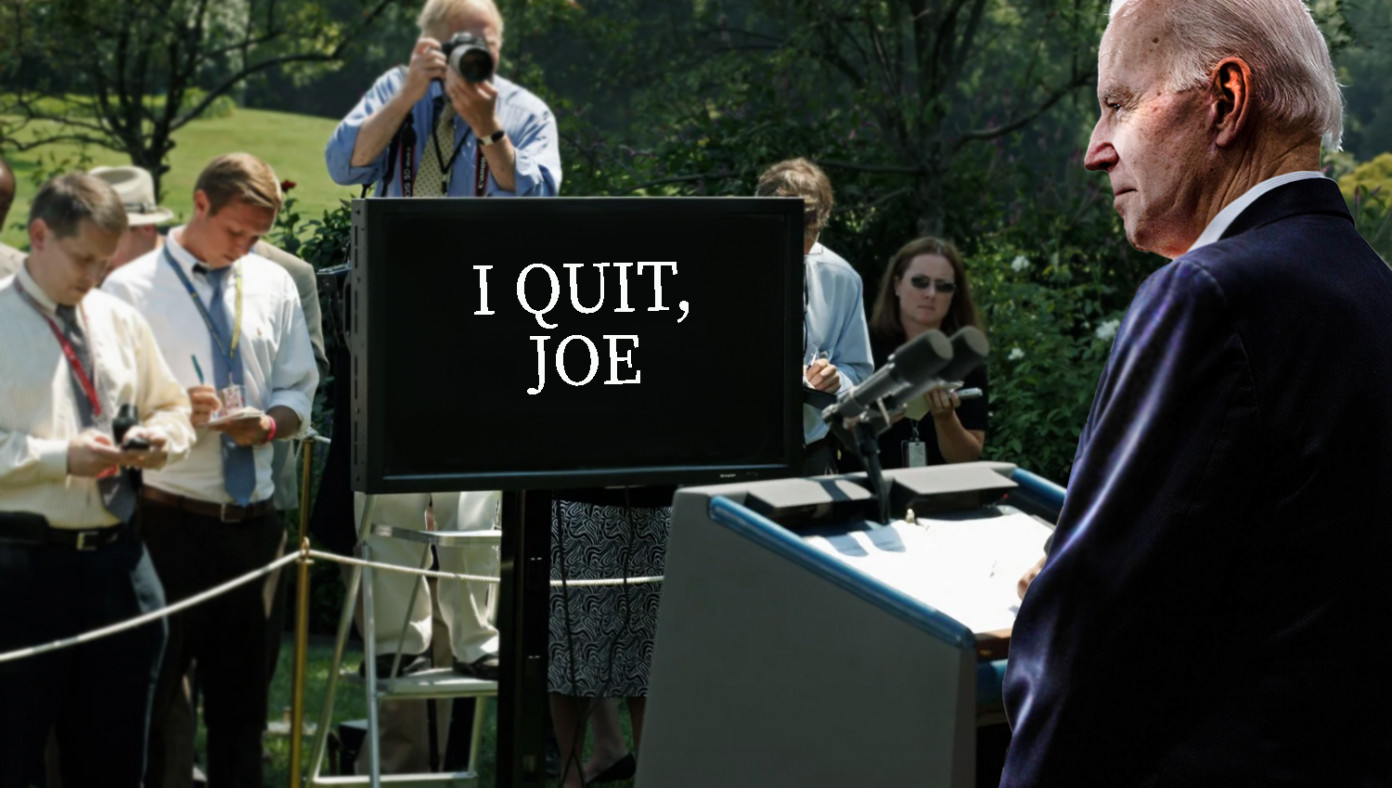 WASHINGTON, D.C.—In what some pundits are calling the biggest loss yet for the administration, President Biden’s teleprompter announced it is leaving to take a job at MSNBC.

“While I’m proud of my work trying to maintain the illusion of Joe Biden’s coherence, I’m afraid that ship has sailed,” said the teleprompter. “I’ve lost control of him. He’s declaring war on someone new every other day, shaking hands with ghosts—it’s over. Plus he always tries to sniff my wires, which is so uncomfortable.”

The teleprompter delivered his resignation at the end of Biden’s latest speech, sowing confusion as Biden continued to read everything on screen. “I can’t take this anymore! I quit!” yelled President Biden at a group of reporters. “I mean—3.7 bottles of formula, Joe? Are you freaking kidding me? After all I got you through, now you want to ad-lib? I’m going with Jen!!” screamed Biden, storming off.

After clarifying that Biden had not, in fact, resigned the presidency to join MSNBC, Press Secretary Karine Jeanne-Pierre confirmed the teleprompter’s departure. “While I did not watch Biden’s speech, and have no apparent knowledge about anything happening at the White House, I did see our old teleprompter on MSNBC last night,” said Jeanne-Pierre. “Also, the teleprompter used to be the only one who could tell Biden to brush his teeth before bed, and I have heard several aides complaining about his morning breath. Was that helpful?”

This entry was posted in Humor, Media and tagged Joe Biden's teleprompter. Bookmark the permalink.