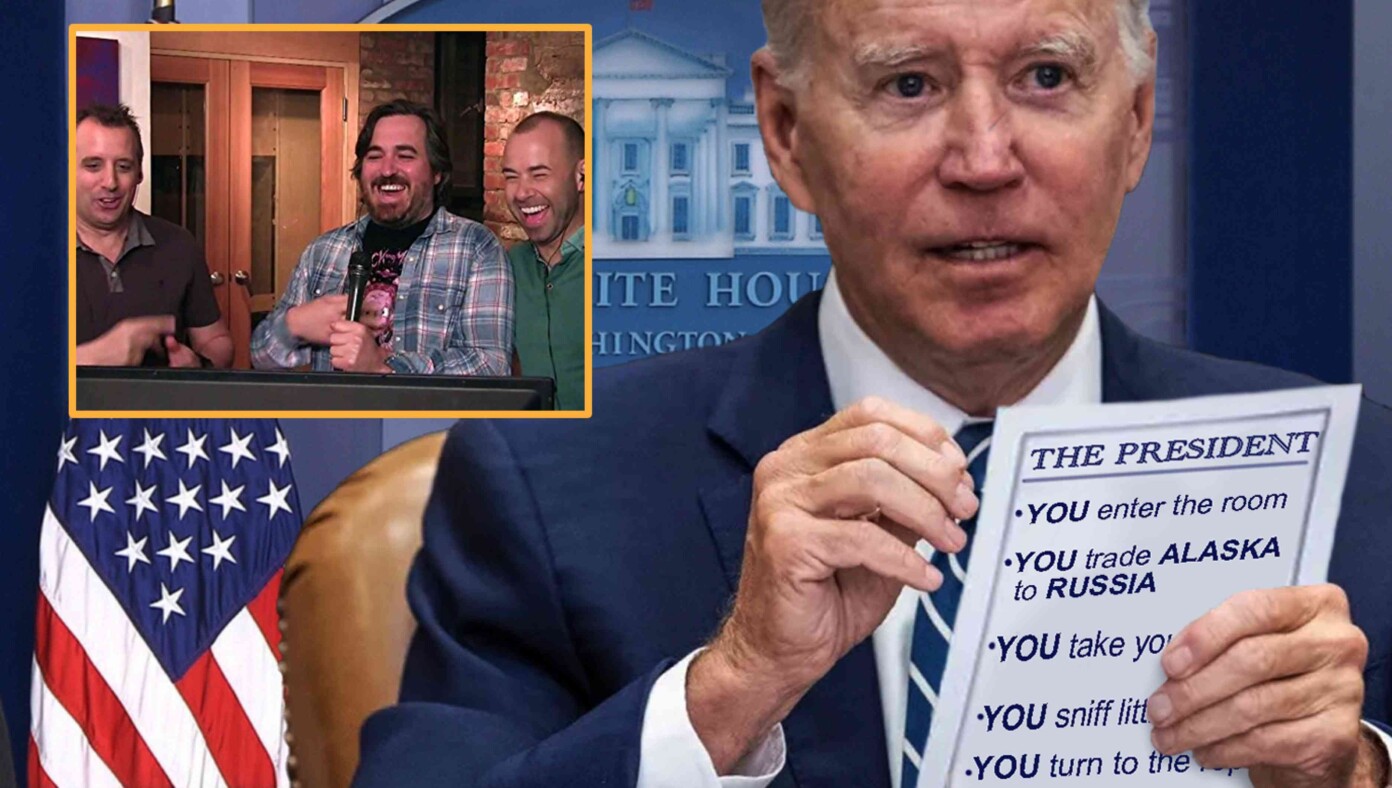 The Jokers fell on the floor laughing as they made Biden do increasingly outlandish things.

“Okay, start with a card saying ‘YOU pick HER nose,” said James Murray, cackling as Biden took the card from Sal and dutifully jammed his finger in Elizabeth Warren’s nostril. “Alright, let’s step it up – how about ‘YOU trade Alaska to Putin for a calendar of HIM shirtless.”

Within minutes, Biden had traded Alaska, sold Michigan to Canada for a quart of maple syrup, and authorized a lazy river to be installed in the Reflecting Pool. “I can’t believe we got him to legally change his name to Sleepy Joe!” said Mr. Murray through tears as the crew watched replays. “Admittedly, we may have taken things too far telling him to declare war on Antarctica. We just never thought he would actually drone strike penguins.”

The ruse continued until the card “YOU play catch with YOUR nuclear football”, at which point Secret Service intervened and discovered the pranksters. “We thought the President was acting stranger than usual, but it’s so hard to tell with Biden,” said Agent Steve Watkins. “I suppose his having a lengthy conversation with a lamp should have tipped us off, but it seemed pretty normal at the time.”

At publishing time, the White House was working feverishly to undo Biden’s demand that all the presidential portraits have a MAGA hat painted on them.

This entry was posted in Humor and tagged Impractical Jokers. Bookmark the permalink.