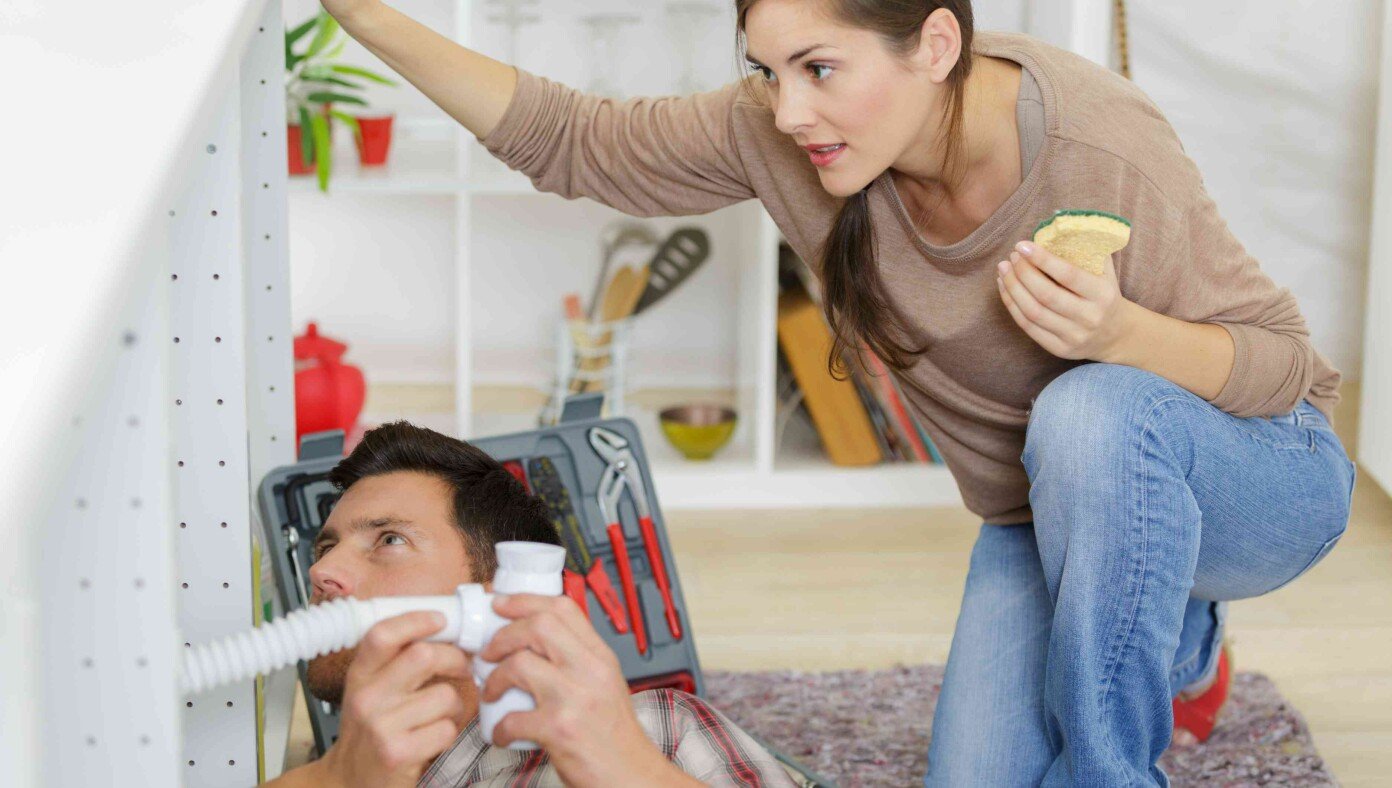 “Totally worth it,” said Mrs. Mullins as she triumphantly sipped RO-filtered water. “Sure, we haven’t been able to use the kitchen sink since 2018. And yes, we did the flood the house. Twice. But it all really adds to the sense of accomplishment that we did the whole thing ourselves.”

Mr. Mullins reportedly made 243 separate trips to Lowe’s related to the project, although sources say a large portion of those trips occurred when his in-laws were in town. “We got inspired by this TikTok video showing us all the nasty things in our water that a reverse osmosis system could filter out,” said Mr. Mullins. “Everybody we watched online that day said you could install the system yourself with a few simple tools and one hour of free time. Two kids and a new puppy later, we finally finished it!”

The seemingly simple installation quickly went awry when Mr. Mullins stripped the screw on the tubing before breaking the valve on the water supply line. He then attempted a few jerry-rigged fixes, which somehow lead to the rupture of several underground pipes. After ripping out the flooring and replacing the pipes, he actually did successfully install an RO system, but Mrs. Mullins said the water tasted “lime-y”. Mr. Mullins dutifully removed it, causing the faucet to explode, and ordered a new one. That system sat for several months on a ship outside the Port of Los Angeles. At last, 1,460 days after the first attempt, the Mullins proudly drank the crisp, refreshing taste of victory.

At publishing time, Mr. Mullins had reportedly gotten a call from his boss that they will be relocating to Memphis and must sell their house immediately.

This entry was posted in Humor and tagged DIY. Bookmark the permalink.