The world was more stable when Trump was president. From Sundance at theconservativetreehouse.com:

Joe Biden is heading back from an embarrassing trip to Saudi Arabia and the middle east.  Putting aside the fact that physically and mentally Biden looked weak, foolish, and generally incoherent, in an odd way he was appropriately representative of the current of U.S. influence on the global stage. 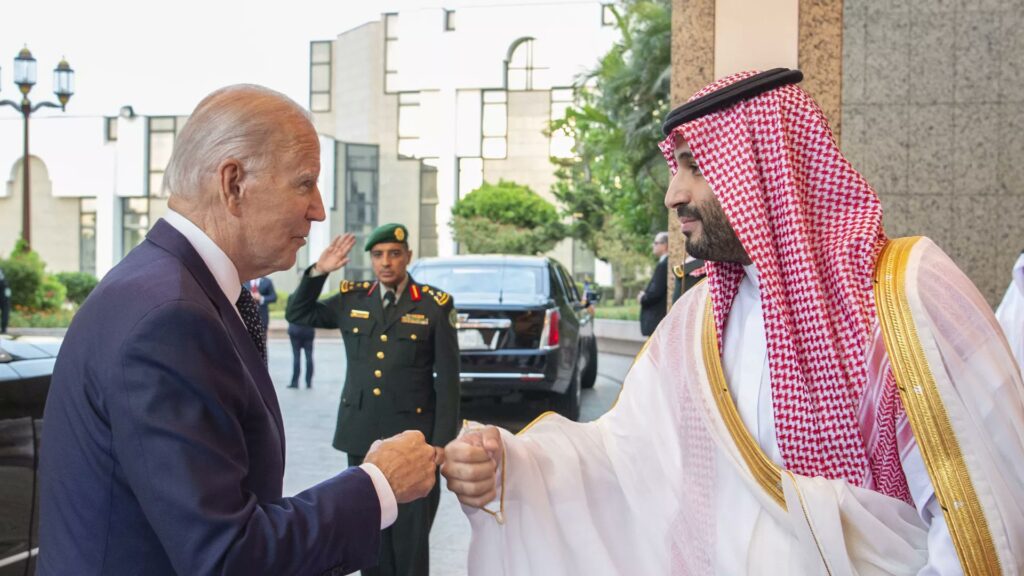 Before getting to detail, first it is important to emphasize a point that doesn’t get attention domestically.  Democrats are exceptionally weak on all aspects of foreign policy, specifically because their modern ideology is based on hypocrisy of a stunning magnitude.

Domestically, the U.S. media protect democrats by spinning everything into the best light possible.

However, on the world stage the non-western leaders like Putin, Xi and MbS use that hypocrisy like geopolitical ammunition.

Examples… Domestically the U.S. media do not bring up the Joe Biden Afghanistan mess, the rise -and current legitimacy- of the terrorist Taliban; or the brutal mess Barack and Hillary created in Libya; or the unauthorized intervention into Syria that created ISIS; or the complete fubar that was an illegitimate invasion of Iraq; or Hillary’s insufferable “reset” in Russia; or their inability to deal with China’s proxy province of North Korea (because they pretend it’s not); or the current circus célebrè in Ukraine.

Each region, and there are many more, a typical example of how modern democrats are fundamentally weak on foreign policy.  It is not just Joe Biden either; just about every leftist head of state within the alliance of “western democracies” are also pathetically impotent when it comes to influence on a global stage.