Who Will They Get to Do the Tyrants’ Dirty Work? By Kurt Schlichter

Much of the police and many members of the “woke” military are cut from the same cloth as the disgraces who stood around in Uvalde while children were being murdered. From Kurt Schlichter at townhall.com: 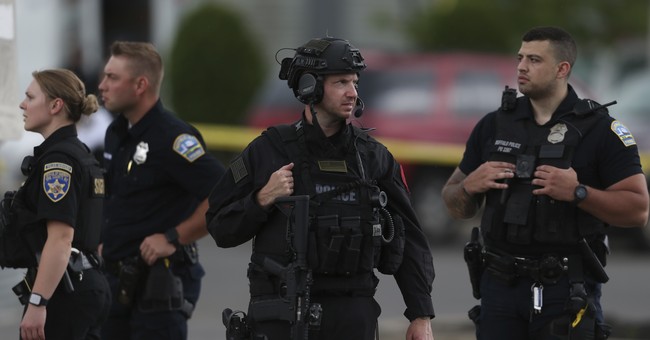 The shameful video of Uvalde cops cowering in the hallway while some freakish mutant murdered little kids brings to mind an important point. It’s not a point about the cowardice of badly-led police officers – that point has been made. It’s not the hygiene focus of the guy who paused just standing there to splurt a dollop of hand sanitizer into his paw. It’s not even about the fact that we normal citizens cannot rely on the forces of the government to protect us.

It is the fact that the members of our garbage ruling elite cannot rely on the forces of the government to protect them.

We have seen the systematic weaponization of law enforcement against normal people under the Biden dorktatorship. The FBI has become the personal Stasi of the Democrats, seizing elderly men with SWAT teams, while the DOJ has been selectively prosecuting conservatives, or those believed to be conservative-aligned, but giving a pass to those terrorists, rioters, and scumbags aligned with the trash donkey political party. Even local law enforcement is getting into the act in some places – a heroic bodega worker stabbed a multi-felon convict to death before the criminal could beat him to death in New York. Now he’s facing a murder charge, though the stiff should have still been in jail.

This entry was posted in Crime, Government and tagged cowardice. Bookmark the permalink.

2 responses to “Who Will They Get to Do the Tyrants’ Dirty Work? By Kurt Schlichter”